Holiday to Dorset – The Journey South

After a weekend at my parents house for Easter we spent most of Easter Monday heading south towards Dorset.

We took quite a random route to get there and stopped off at Cerne Abbas to take a look at the giant there which Morgan found quite amusing. We had a nice picnic here too in the sunshine, although it was still only the beginning of April so it was still a bit nippy.

Picnic below the Giant

Our Base for the Week

After leaving the Cerne Abbas Giant behind us we soon arrived in Weymouth and the Premier Inn that was to be our base for the week. It was ideally located on the Weymouth Relief road making it easy to get to anywhere we wanted and also had a Sainsbury’s and Morrisons next door so that we could easily get supplies. It was also right next to a Beefeater should we wish to eat out any evenings. We couldn’t quite book in yet though as they were running late on our room so we said we’d come back later, left some luggage in their office and instead drove over to Portland and headed straight to the cuttings to take a look at some climbing routes.

I haven’t been climbing for years, but used to do quite a bit and knew of some nice easy routes along The Cuttings so thought we would take a look. We took the climbing gear with us, but when we got there it was really crowded so in the end we just watched for a bit before heading off for a little drive around Portland. 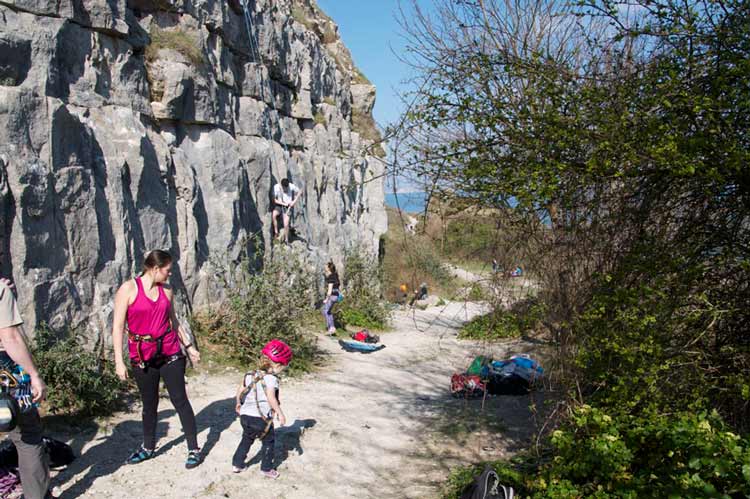 Climbing at the Cuttings

We then parked up at the viewpoint overlooking Chesil Beach where Anna and Morgan chilled for a bit and had an Ice Cream and I went for a quick bike ride around the route for the triathlon I was going to be doing on Sunday. As you can see from the photo above, we were being treated to glorious South Coast weather.

We then headed back to the Premier Inn where we were greeted with a huge queue to check in, but after a bit of a wait we found our room and started to unpack. It was boiling hot in the room though, 26ºC to be precise and the thermostat didn’t seem to be working. The guy on reception was trying to sort it out for us so we left him to it and went to Sainsbury’s where we were going to have dinner in the CafÃ©. The CafÃ© was closed though so we bought some supplies and ate them in our very hot room before heading out for a little stroll to find some nearby geocaches.

The area around the Premier Inn has seen lots of development lately with new roads and a massive network of cycle paths and trails. Much of this is the legacy of the 2012 Olympic Games as Weymouth hosted the sailing events here but it certainly made getting around easier and it was lovely to be able to follow nice wide cycle paths and footpaths all around the town. The geocaches we did were on this network and were easy to find. 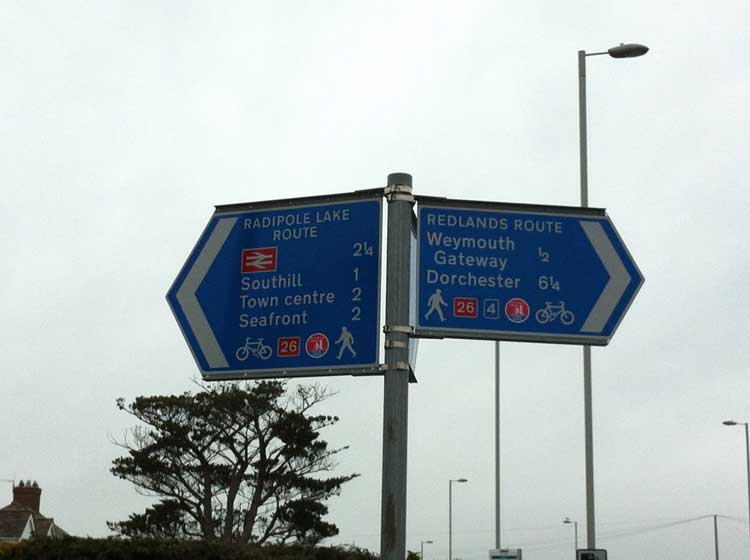 It was then back to the hotel for a sleepless night thanks to the ridiculously hot temperatures.