Another weekend and another cyclocross race, This time on a Saturday in Abergavenny as part of the larger Crosstober event. This not only saw the Welsh Cyclo-cross races on the Saturday but the more prestigious National Trophy Series races on Sunday.

As usual my V40 race started at 12:15 so there was no need to leave early despite the 2 ¼ hour drive to get there. I had a leisurely drive down through a cold Wales. The temperature was hovering around 2-4ºC and it was grey and cloudy once I got away from the sunny coast. I pulled up into the car park, put on a down jacket and wooly bobble hat and headed up to the registration area which was quite a way from the car park. The children’s races were already underway but I didn’t really see much of them as I negotiated my way through the tape minefield to get to the leisure centre. Once registered I headed back to my car, got changed and then took both bikes back up to race area. I left my mountain bike in the pits and had a slow, easy ride around part of the course. I couldn’t get to all of it though and only had a quick 5 minute recce of a short section before another race was about to start.

It looked as though it was going to be a tricky course with lots of tight, off camber bends. There was one in particular that I only just managed to negotiate at slow speed. I decided that I would run this one in the race. I then hung around in the pits for a bit watching the Youth races and chatting to a few friends from Aberystwyth. Lots of people seemed to be crashing on the slippery, muddy grass.

Once that race was finished I was able to head out for another partial lap before my race began. It was still pretty cold so I decided against taking my leg and arm-warmers off. I did remove my jacket though. As in previous weeks we were seeded and called up to line up at the start. This weekend though there seemed to be quite a lot of people behind me. There was rumour that quite a few of the good guys who would be racing in the National Trophy Series tomorrow were also in the races today, but as they hadn;t raced in previous races were unseeded and therefore starting at the back.

We were soon off and immediately I was going backwards. I should have sprinted at the start to get a good position but didn’t and people simply streamed past me. There was then quite a bottleneck on the first slippery corner where everyone around me came to a halt. I did manage to regain a few places as I sneaked through on the inside here and then we were off onto the lap proper. As would seem to be the norm in cyclo-cross the course weaved it’s way around a playing field at first. It had a few nasty off-camber corners and a few sloping straights. There was one easy straight alongside the hedge followed by a nasty S-bend around a tree and up a bank before it went uphill on some tarmac and then past the pits on a gravelly section. This was followed by a couple of steep slippery climbs and hairpin bends into a wooded section. The section through the woods had a few roots for good measure of course, a couple of tight bends and then a straight alongside them with two hurdles to jump over. It was then back into the woods before heading out onto a grassy slope where we had yet more tricky off camber hairpin bends. This included the one that I had decided to run prior to the race. I dismounted as I approached it and started running. Everyone around me tried to ride it, but they all crashed so I gained a few more places here as I ran past them on the inside. I remounted on the small climb out of this corner but decided that next lap I would run up this short rise as well. Doing so would allow me to remount on the small descent that followed it. This paid off as I overtook people here on every lap – maybe I should just run most of the course!

We then had another section through the woods, a couple of short, tight hairpins on a steep muddy slope, another few tricky corners around some trees and then a straight along what turned out to be a very slippery flat section. We then emerged out onto the tarmac of the finish straight where I could finally get some traction and stretch my legs before we started the next lap with a very slippery left hand bend down a grassy slope.

I simply couldn’t get any traction anywhere on the course. I felt as though I was teetering around the bends but still both wheels were sliding sideways. Even on the muddy straights I was slithering all over the place and unable to put any power down. My rear wheel was spinning out on the climbs and if I weighted the back wheel to gain more traction the front wheel would lift up as soon as I applied pressure to the pedals. It was a balancing act almost the whole way. 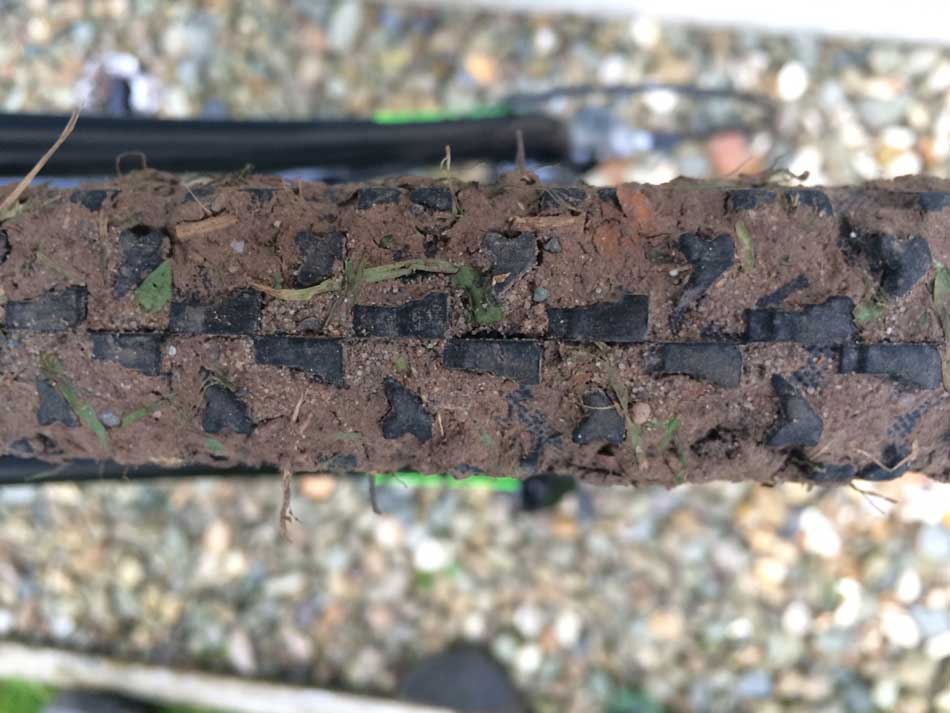 I’m sure that it’s all down to my technique in the corners really, but I did notice before the race that my tyres were completely clogged with mud after just a short practise lap. No one else’s seemed to be like this, and after the race the same was true. My tyres (WTB Cross Wolf) just don’t seem to shed the mud very well.

This means that the tread is always clogged up and it feels as though I’m riding on slicks. I managed to get around all of the laps without crashing which is more than can be said for lots of people, but I did feel as though I was riding on an ice-rink. I don’t like to blame my tools, but the first thing I did when I got home was order a new pair of tyres – some Challenge Limus 33 tyres which sounds as though they should be good. We’ll see next time if they make a difference. One good thing about the lack of mud shedding from my tyres is that the rest of my bike remained clean! 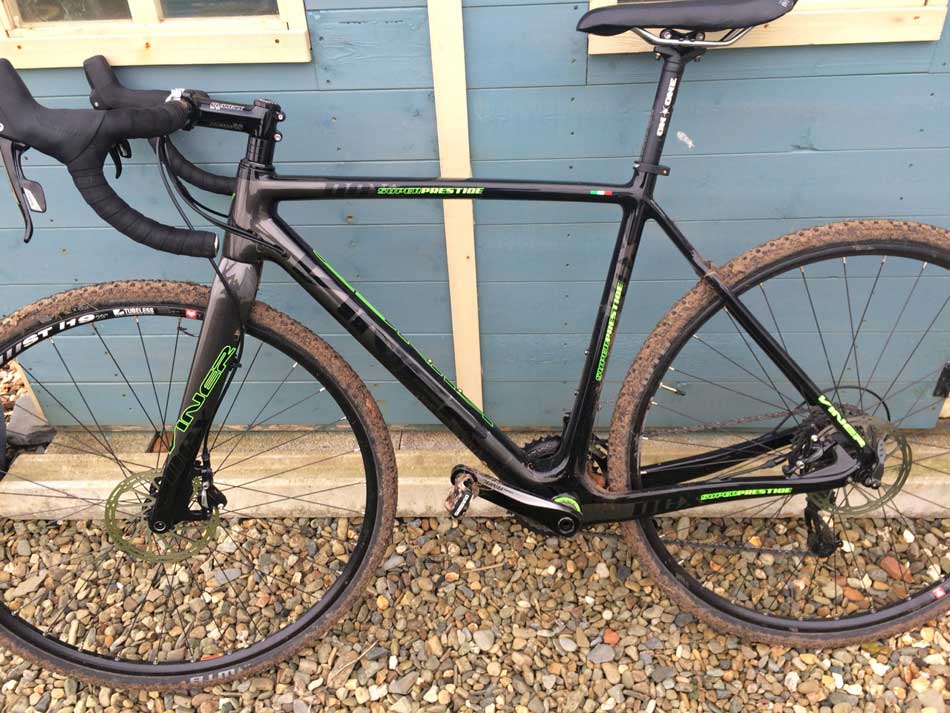 I had a good little battle during the race with a couple of people. We kept changing positions throughout the lap but I had kept quite a bit in reserve for the last lap and finally managed to get past them and then open out a bit of a lead. I had a chat with them afterwards though and no doubt we’ll be racing against each other again at the next event.

After the race I handed my timing chip and number back in, collected my mountain bike from the pits and then headed home. There was lots going on and plenty of stalls to look around as this Crosstober event was much bigger than the other Welsh Cyclo-cross series. I resisted the temptation of the stalls, including the coffee stalls and cake stalls. Although the bobble hats from the Big Bobble Hat Company stall did look quite tempting – it was still only about 4ºC so I’d imagine they were doing quite a good trade today.

The drive home was an easy one, interspersed with a stop at Burger King, and then a welcoming log fire at home where I could shower and warm up properly. Another good day out at Crosstober, another cyclo-cross good race and I’m looking forward to trying out my new tyres now as well. No doubt I’ll still be a tentative, slow, teetering wreck around the bends, but it’s got to be worth a try.