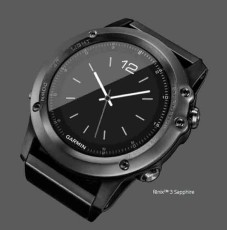 Good news… Not only is my new Garmin Fenix 3 Sapphire Performer Bundle on its way to me but Garmin have introduced Auto-Sleep Detection to it as well.

I thought I’d have to wait a while to actually get the watch as it has been proving difficult for Garmin to get hold of enough Sapphire Glass to produce them. I managed to get a good deal on a Garmin Fenix 3 Sapphire though so had one on pre-order and was expecting it sometime towards the end of April. I’ve now been told that it is already on it’s way to me and should be delivered early next week.

On top of that, one of the things I said I wish that it had was slightly better sleep analysis and automatic sleep detection. Originally, you had to put it into sleep mode when you went to bed and then take it out of sleep mode when you woke up. Something I’m sure I would have tired of doing very quickly. Not any more though as DCRainmaker has just informed me that Garmin have now added auto-sleep detection to the Fenix 3.