I’ve been getting out on my mountain bike a bit more lately. I’ve been organising Night Rides everyone Monday evening and they seem to have been going down well. There seem to be new faces each week as word of the rides spread and most people seem to be enjoying it and coming back on the weeks they can make it. It’s been aimed particularly at beginners and is a nice friendly social ride.

I’ve also been running several coached sessions over the past few weekends as part of the continuous assessment needed to gain my Level 2 Certificate in Cycle Coaching from British Cycling. I spent a weekend in Ammanford on a course a few weeks ago and have another day to attend there in January, but in the meantime I have to plan and run 6 coaching sessions. I chose to do Mountain Bike coaching sessions and it has encouraged me to get out on my mountain bike a little more too. It’s also made me think about various techniques quite a bit as well, so has probably helped my skills as well as helping those I’m coaching. Again, everyone seems to be enjoying these sessions and say they are getting quite a bit out of them.

So far I’ve been holding them in forestry car parks which have been perfect for the skills I’ve covered so far – Body Position, Braking and Cornering. I now want to move onto a few more skills such as climbing and descending and negotiating rock drops etc, so a car park isn’t really suitable. I therefore headed out on my bike on Saturday morning to check out a location that I thought would be fine. It was quite a ride to get there but once there it did indeed seem perfect. Quiet and out of the way, but with plenty of space for the participants to ride around freely and best of all a nice selection of little lumps and bumps on which they can practise their climbing and descending skills. 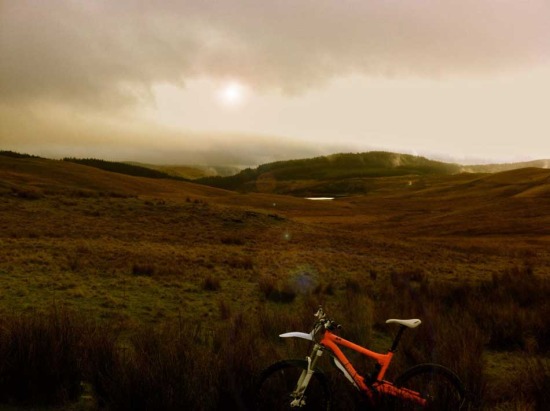 I then had a little ride around some trails that I used to ride all the time, including a ride down ‘Al’s Descent’ which was named after me. The trails were wet and slippery today, rocks were greasy, roots were as slippy as ever and the leaves covering everything didn’t help. I made it around unscathed though and got back just as Anna was about to go out to band. Morgan therefore was able to stay at home rather than getting dragged to band. It started raining just as I got in too, which was not only lucky, but also the perfect excuse for me not to mow the lawn!