The Firth of Thames and Orere Point – New Zealand Day 21

With our holiday coming towards its end, we had a late(ish) start to the day with breakfast in the camper van at Opal Springs Campsite before driving to Matamata for a Countdown supermarket to buy some final supplies and presents for everyone. Whittakers chocolate, Cookie Time Cookies and Pineapple lumps all round – Mmm Mmm! We then drove north to Miranda to check out a likely campsite for our final night in New Zealand. 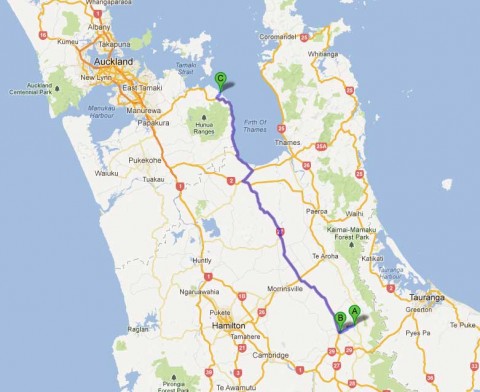 The Miranda campsite was nice but we decided to head further North along the Firth of Thames so that we were closer to Auckland and would have less of a drive tomorrow morning. We stopped for elevenses of hot muffins and coffee at a native plants garden centre. The cakes and coffee were nice but there wasn’t really that much of a garden centre to go with it.

We then stopped on the beach and freedom campsite at Kaiaua. This was a gorgeous white sandy beach with sand formed from sea-shells. The beach stretched either way into the distance and was lapped by the blue waters of the Firth of Thames. The mountains of the Coramandel Peninsula formed a horizon on the far side of the water. The whole area along here had a very Hebridean feel to us. It seems to be a bit of a forgotten coastline, off the tourist trail and not mentioned in many guidebooks but it was just the way we like our coast and countryside, quiet relaxed and a little bit wild. We were glad we had decided to come this way.

Any other night the freedom campsite would have suited our needs as we were completely self-contained in the camper and didn’t need an electric hook-up or too many facilties. However, as this was our last night in the camper we did need a dump station so that we could empty the grey water tank before returning it to Jucy. So, after a little chill on the idyllic beach we headed further north to Orere Point where there was a Top10 campsite. 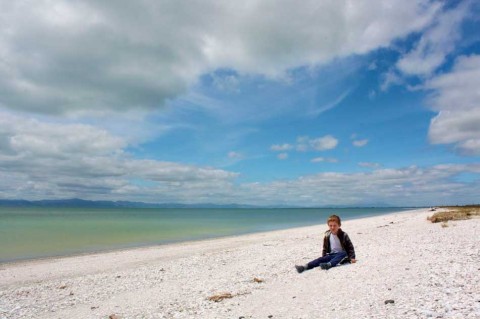 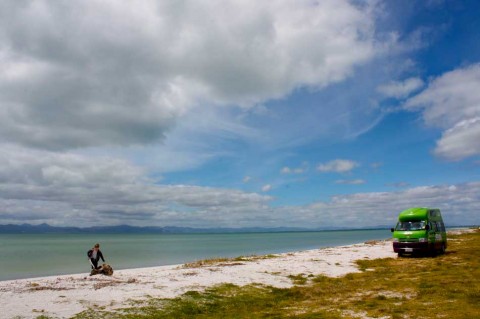 Morgan on the beach

We checked out the campsite, decided to stay there and then headed to the beach where we parked up for lunch. 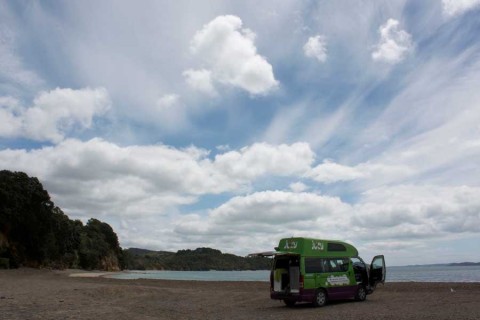 Morgan and I then set off first for a little play in the playground above the beach and then for a lovely walk along the coast whilst Anna snoozed in the camper. 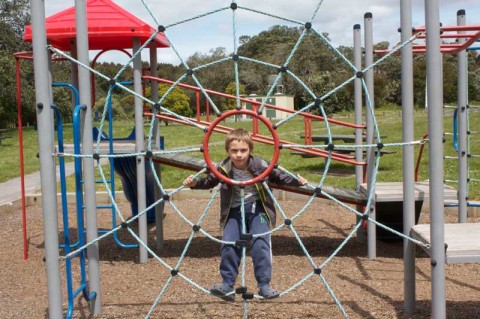 We went quite a way, following the waters edge along the beach, below steep cliffs lined with Pohutukawa trees. 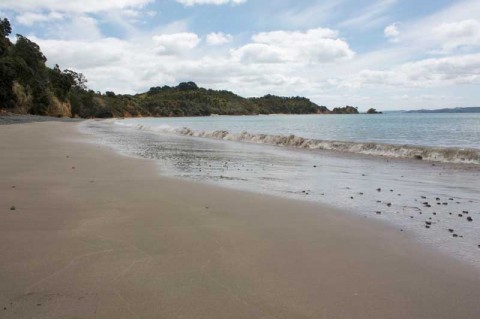 Beach made for walking

There had been lots of landslides along here and some of the trees were now on the beach, others clung to the cliff-tops with their roots exposed. The weren’t quite in flower yet but the flower buds were forming and I’m sure they’ll make a spectacular display come Christmas. 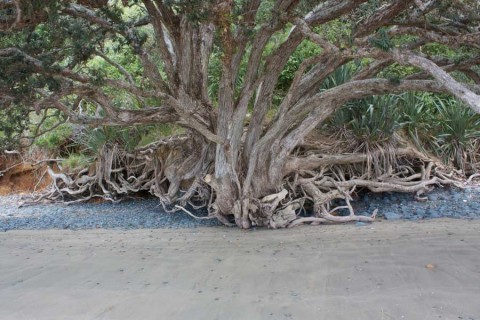 We continued on, along the coast, clambering over little rocky promontories to avoid getting our feet wet in the sea, past the little bay and slipway at Bays Road and over a little stream. We were heading for the rocky headland that formed an island at High tide, chatting and stopping to take photos as we went. Once at the headland we climbed out onto the little island, jumping across the water from rock to rock. There was a lovely secluded bay just beyond the headland and a couple of little rock arches to explore. 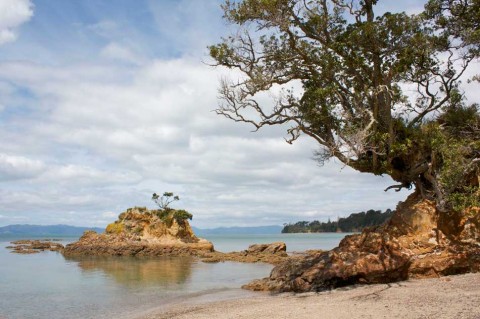 Up on top of the island there were a couple of little trees clinging to it and a patch of flowers that was covered in honey bees. Even out here, miles from anywhere there were honey bees. We assumed (incorrectly it turned out) that there must be a geocache out here. We didn’t have co-ordinates or details for it so looked in the likely hiding spots anyway. We were unsuccessful in our search, but that’s because there isn’t a cache – there should be though as it’s a glorious spot and well worth the effort to get to.

Just us and the beach

We could see the Jucy Camper as a little dot way in the distance across the bay so we started retracing our steps back towards it, collecting shells and taking photos of fish skeletons as we went. 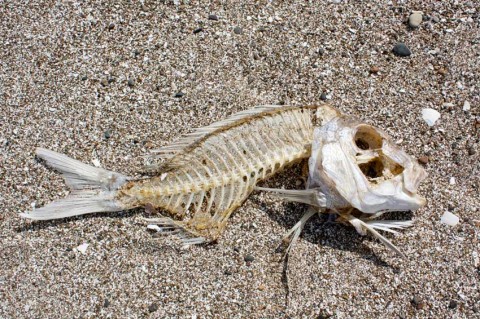 Once back at the camper we told Anna about our little adventure and then headed to the campsite.

The campsite had everything we needed and more. We were given a lovely little spot away from everyone down by the river for $50.50 for the night. Morgan went for a paddle and play in the river whilst Anna and I looked on. I then fired up the on site barbecue and made a very large dinner of burgers with salad and left over bits and pieces to empty out the fridge.  In the meantime Anna started packing up the best she could ready for our journey home which would start tomorrow. We were joined by several friendly ducks for the evening which was nice to start with but then they started getting in the way a little as they always seemed to be under your feet whilst climbing in and out of the camper!

Tomorrow we would be Auckland bound and from there a long flight home.