I thought I’d better have a practise run packing my bike into my new BikeBox Alan – I wouldn’t want to try doing it half an hour before heading for the airport only to find I couldn’t fit it in!

It was actually fairly easy to do

The whole process probably took about 20 minutes but now that I’ve done it once I’m sure I could do it in half that time.

Here it is with just the bike and track pump 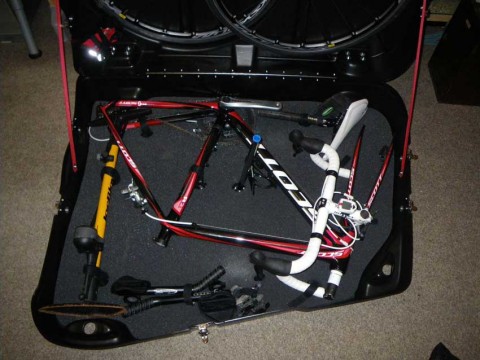 and here is is with a few other bits and pieces for padding. 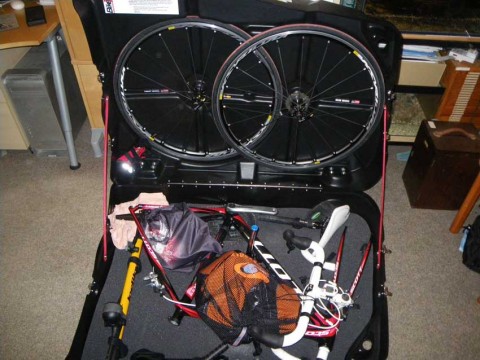 I then thought it would be a good idea to weigh it. I have a  baggage allowance of 30kg for my trip to New Zealand for the Triathlon World Champs. The fully loaded bike box came to around 27kgs… Hmm, that leaves me with 3kg for clothes etc. I think I shall be travelling light!

Next of course was to unpack it and rebuild the bike. Again, this took about 20 minutes to do, taking care to get everything set up just the way I like it. Hopefully box and bike will make it unscathed to New Zealand and the process there will be as straight forward and free of hassle as it was here… Fingers Crossed.