I’ve just spent the weekend in Conwy. I decided to head up to North Wales as there was a North Wales Moth Recorders’ Meeting at the Pensychnant Conservation Centre. I travelled there on Saturday, stopping on the way to do a few geocaches and arrived in plenty of time for the meeting.

Butterfly Conservation have had funding from a variety of sources, and lots from the National Lottery Heritage Fund. ZoÃ« told is how this money had been spent. Most of has been spent on the website and the publication of national moth distribution maps. I’ve yet to have a close look at these, but they look pretty impressive, especially as many of them can be zoomed in to resolutions of 100m so that you can see exactly where moths have been recorded. Hopefully some of my records will start showing up on these soon. These really are ‘putting moths on the map’.

Money has also been spent on publicity and organising events such as the Garden Moths Count and National moth night. This prompted some ‘discussion’ as one person there in particular thought hat this was a waste of money that could have been spent on computerising historical moth records so as to allow for a better understanding of trends in distribution over time. However, I think that publicity and events are actually a good use of the resources they have. I for one wouldn’t be recording moths if it weren’t for such events. I may only be one small person doing my little bit but I’ve been recording moths, have been partly responsible for setting up the Ceredigion Moth Group and collating records from Vice County 46 and have been spending some of my time on a voluntary basis computerising the historical records.

Just a small amount of money recruiting new recorders and volunteers such as myself can pay dividends in the long run, which has to be better than directly paying to have historical records computerised. Of course such events also fall within the ‘community’ remit of the funding requirements which is why they have featured heavily in the activities of Moths Count.

After the ‘moth meeting’ I headed off to RSPB Conwy where I had a walk around the nature reserve where I saw a little Egret, found a geocache on the banks of the estuary and then stood and watched millions of starlings come into roost.

Not a bad way to spend a day and I almost felt like a naturalist by the end of it! 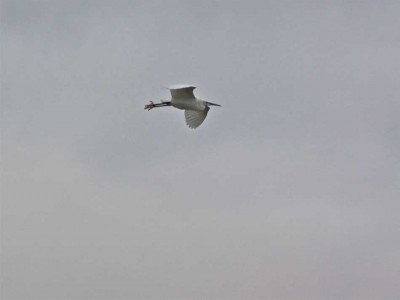