There was no cyclocross race this weekend, which was ideal for me.

First up it meant I could meet Steve in Aberdovey for the Boardwise Demo Day on Saturday. Typically there wasn’t quite enough wind on that side of the estuary for windsurfing, but we had a nice day catching up in the sunshine, paddleboarding, surf skiing, looking at new kit and eating in the cafe.

Annoyingly there probably was enough wind at home on the other side of the estuary, but it was just too sheltered in Aberdovey. It was a cold day though with temperatures close to freezing early on and only getting to about 9ºC at it’s warmest.

Secondly, it meant I could join in with the Terry Davies Memorial Ride which was raising money for MIND. It was a fitting tribute to Terry and a perfect day for it. Cold but the sun was shining and loads of people turned out for the ride. There was a bit of wind from time to time but in a big group it was fine. Various groups at different speed headed out from Aberystwyth on either 100 mile route to Barmouth and back or a shorter route to Machynlleth and back. I rode towards Aberystwyth in the morning and met them en route then joined in with the ride to Barmouth.

We stopped in Aberdovey for tea and cakes. Typically there were people out windsurfing here today. We kept up a nice easy pace all the way to Barmouth so as to stay together in a group and had our fillings rattled out crossing the bridge. 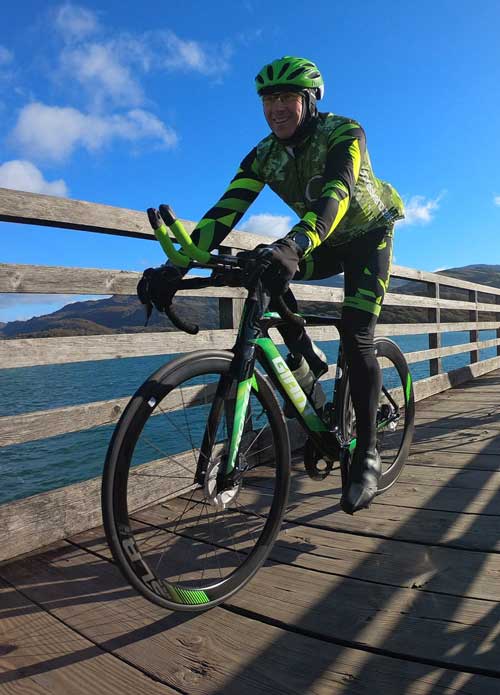 We stopped for lunch overlooking the harbour before heading back the way we had come. 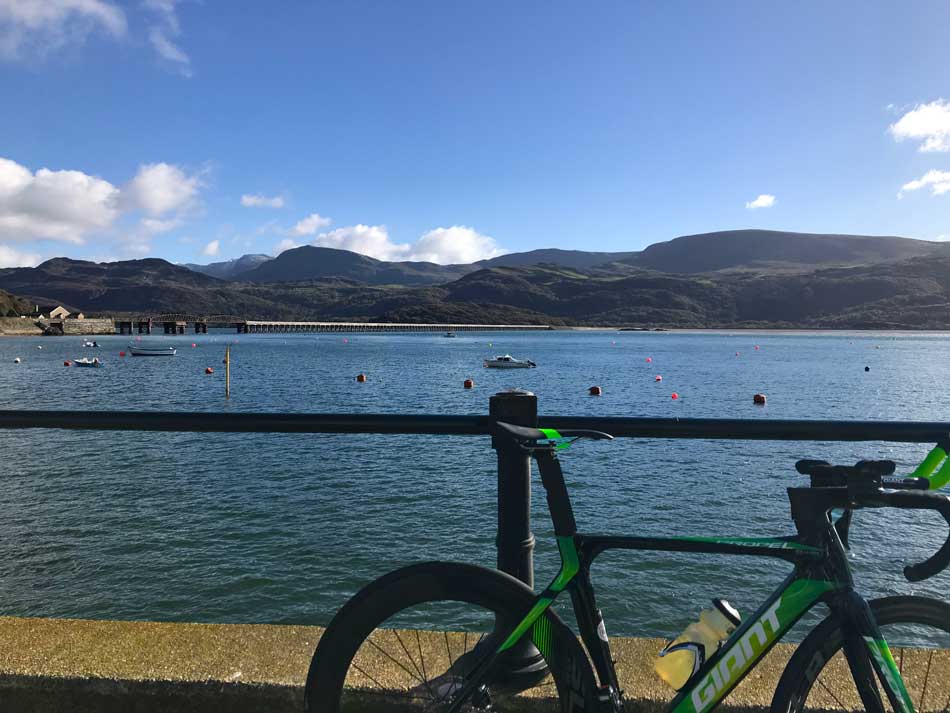 The ride back was relatively easy as well as we now had a tailwind most of the way.

I’m not sure how many people participated but there must have been getting on for 70 riders in total. Everyone had a good day out. From my point of view it was good to catch up with people I hadn’t seen for a while, ride with others that I had been meaning to ride with for a while and to meet some people who had previously only been Facebook or Strava acquaintances. Hopefully we raised plenty of money and did Terry proud – he would have loved it.