Another busy day on Sunday for me – I could do with a rest now!

After a drive to North Wales and back on Saturday for surf-skiing around the Little Orme, I was heading south on Sunday towards Herefordshire for round 3 of the Welsh Cyclocross League series at Foxley Estate.

It was the usual affair, arrive a couple of hours before my race, register and sign on, drop off a spare bike in the pits and ride around the course a couple of time before race start at 12:15pm. It was a dry day and the course looked good. Not too many tight turns, some fast sections one or two tricky ditches and a couple of hurdles to jump over. It was very bumpy out there though and hard work on my wrists and back.

I chatted to a few people I’ve met through cyclocross and before we knew it we were off. My first few laps were good. I was going flat out and doing well. I couldn’t keep it up though and started to fade on lap 4. My chain then came off as I went over the hurdles, my foot didn’t come out of my cleat properly and I narrowly avoided a proper crash as I clattered over the barriers. I eased off too much after this and lost a few places. Finishing in a slightly disappointing 26th place – a few places behind the people I’m usually racing against. Oh well, you can’t have a good week every week. 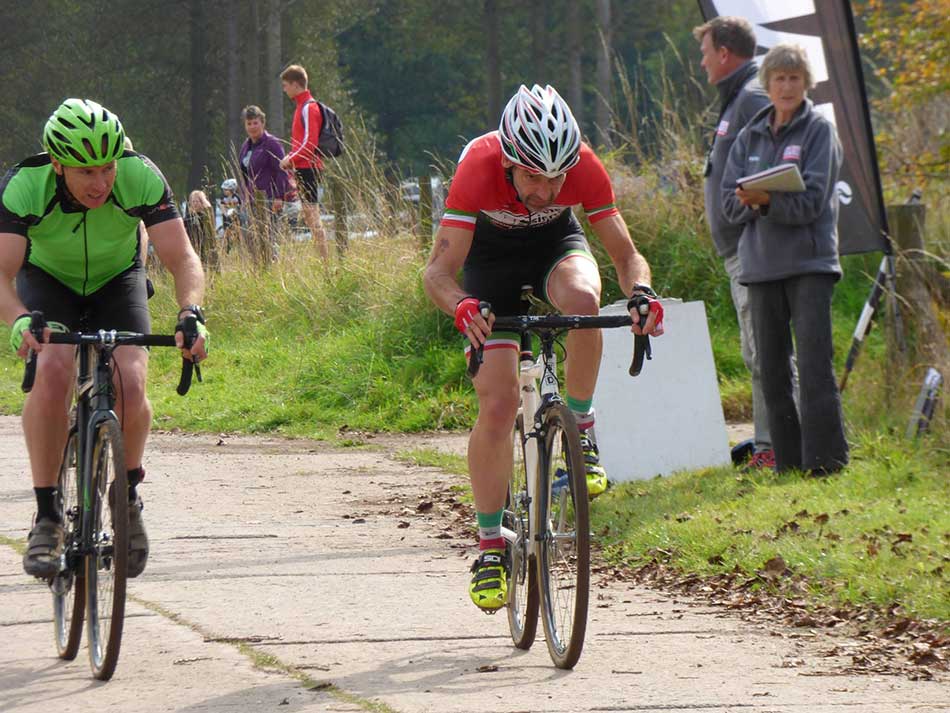 After the 2+ hour drive home it was straight out into the surf which was ‘going off’ Big waves at Ynyslas and hardly anyone out – presumably there had been more people out during the day but now there were just a few people struggling to get out through the whitewater. Out the back were some monster sets. I managed to get out the back first time having timed it right and had a bit of luck as it can be a nightmare paddle at Ynyslas when it’s this big. It did take about 10 minutes but I was soon sat out there in the mist and murk as a light rain fell on the sea. Other than the pounding surf all was quite and the sea was calm.

I was soon dropping into some lovely waves. Although fairly big and chunky they were actually quite mellow. Easy to catch but with plenty of time to get to my feet. The wide open faces made riding the waves and turning a breeze with plenty of room to carve around with cutback after cutback to stay in the pocket. Perfect!

In the end my legs started to cramp up a little though so I headed home for dinner.

Not a bad day, and a pretty good weekend all round covering pretty much the whole of Wales!