Camping with a Rhinog View

After collecting Anna from the station after our Scout Day Camp I was soon off again. This time driving north for an hour to meet friends who were on an activity weekend and camping with a Rhinog view in Cae Gwyn campsite. The drive north was nice and I soon met up with Dennis, Sophie, Matt, Andy, Kevin and Elaine in the campsite. They had all been to Coed y Brenin all day. Some running in the trail marathon Wales, the others walking.

I’m usually the one doing all of the activities and spurring people on to do more on an activity weekend but my chest pains had forced me to be as chilled and sedate as possible. It was probably therefore a good thing that I could only make it for the evening camp fire as I wasn’t tempted to do too much. So, burgers, beer and banter were about the limit of my activities for the evening – nothing wrong with that. The midges did go on the attack later in the evening as the sunset but they weren’t too bad. The sky to the NW was still aglow at 11:30pm when we all headed off to bed. 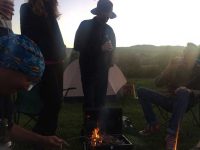 The next morning I was up first and sat in the van taking in the view from my bed. 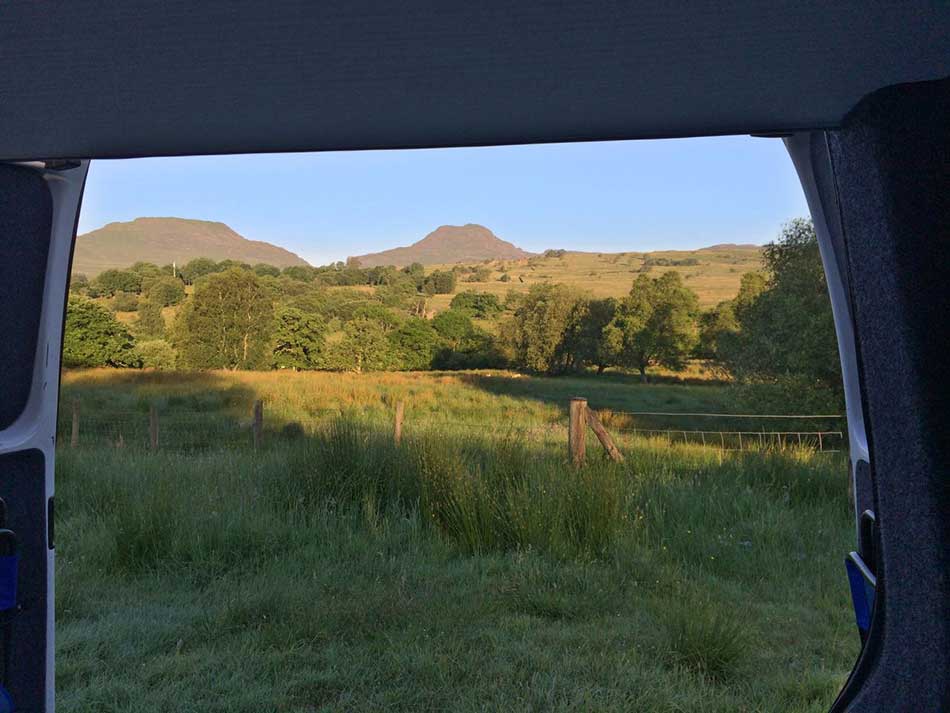 Rhinogs from my Bed

Soon though the midges went on the attack and the entire field was full of clouds of the nasty biting creatures. Sophie was up next and said that there weren’t any midges on the car park. We headed up there with our chairs but it was all a lie, the midges must have followed us. Eventually we retreated to the van, closed up the doors and windows, covered ourselves in DEET and lit some citronella candles to keep the midges at bay. There we stayed hiding from the midges drinking coffee and waiting for the others to arise. 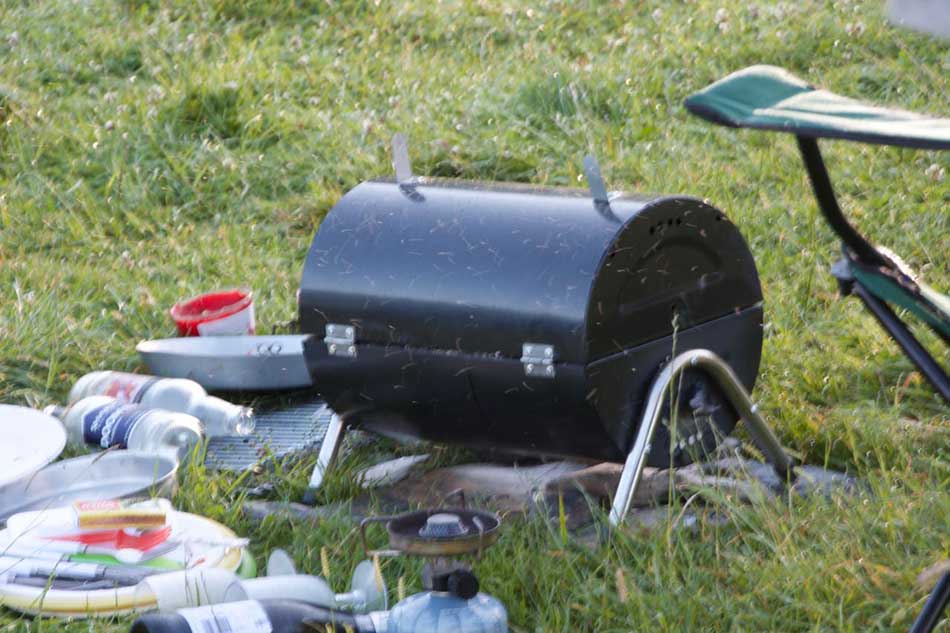 Check out the Midges

The midges did abate and the rest of the morning was spent chilling in the sunshine and packing up camp. 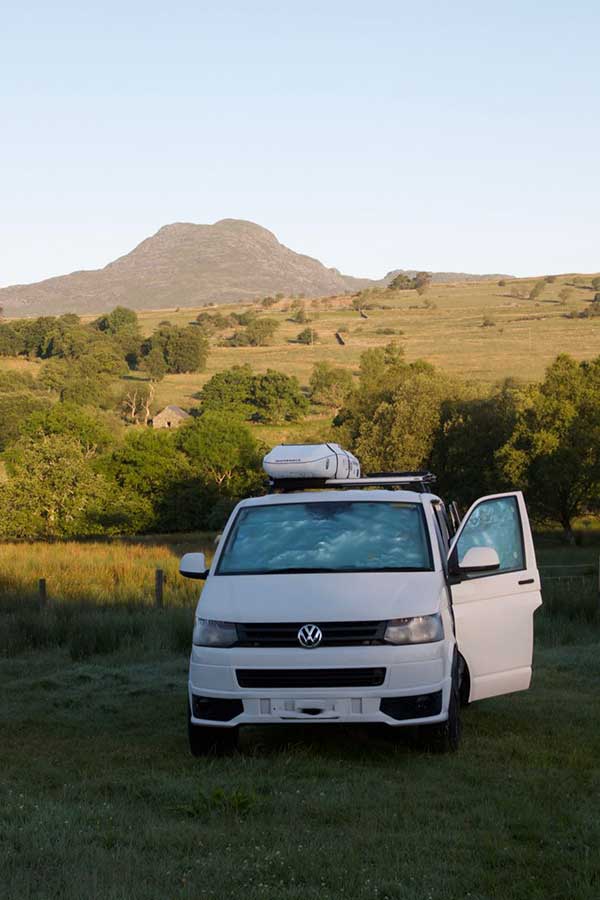 Everyone then headed to our house as a stop off point on their various journeys home. Coffee and cake was consumed in the shade of the gazebo in the back garden. 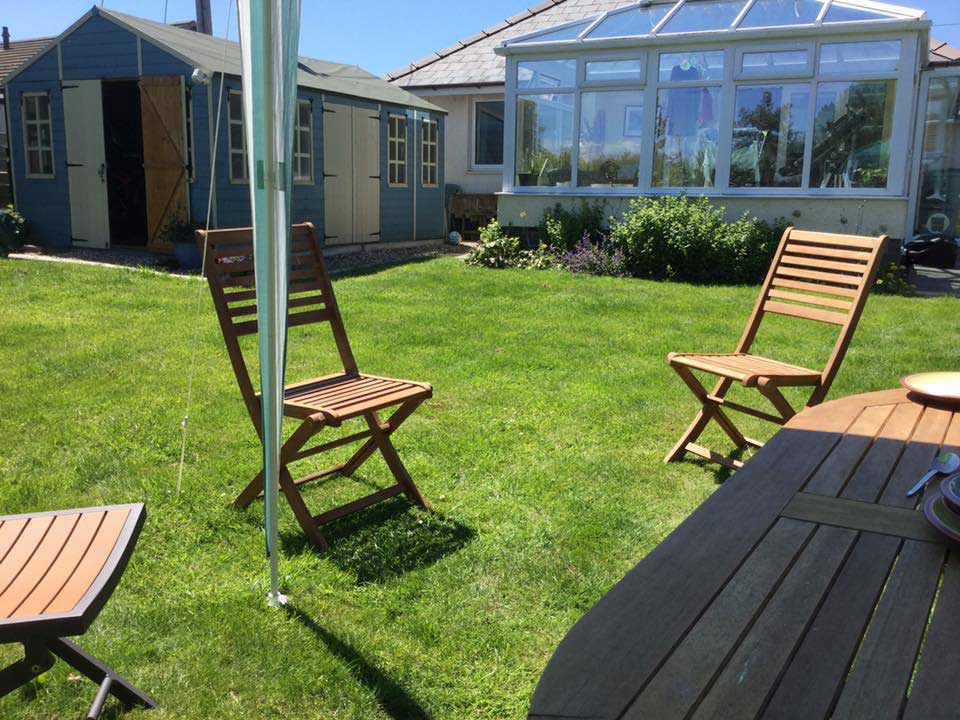 Chilling in the Garden

We walked across to the beach and then the others headed off. Dennis and Sophie stayed a little longer and lounged on the beach while Morgan and I surfed on the SUP. The weather was glorious and Ynyslas was putting on a show. When the weather is like this there isn’t a better place to be.