Out on my Road Bike

We’ve been busy here again. I popped down to Bristol for a night at the weekend. Whilst there I dropped off some furniture for Kia and Max and then went to the pool / spa at Tortworth with Trudi. I saw my Mum and Dad for a little bit – a surprise Mother’s day visit for her and I took the camper to Brad. He sealed up a door for me, ran some diagnostics, checked her over and gave her a clean bill of health.

I then headed back via Llanelli to collect a few things. Meanwhile, the carpet fitters had been to fit the carpet in Morgan’s room, and Anna had made a start on building the furniture. We’ve since finished off his room, but I’ll save the details of that for another post – who knows, Morgan may even blog about it himself!

All of that meant that I didn’t get any training done but did have some time on Tuesday morning to go for a ride on my road bike. I dropped the camper off in Clarach to have a tow-bar fitted and then headed off on my road bike for the first time in ages. I think the last time I was on it was for the Ocean Lava Half Ironman back in July of last year.

Don’t worry though, I worked out that I had to sit on the pointy bit, hang on to the bendy bits at the front and then I could go anywhere! 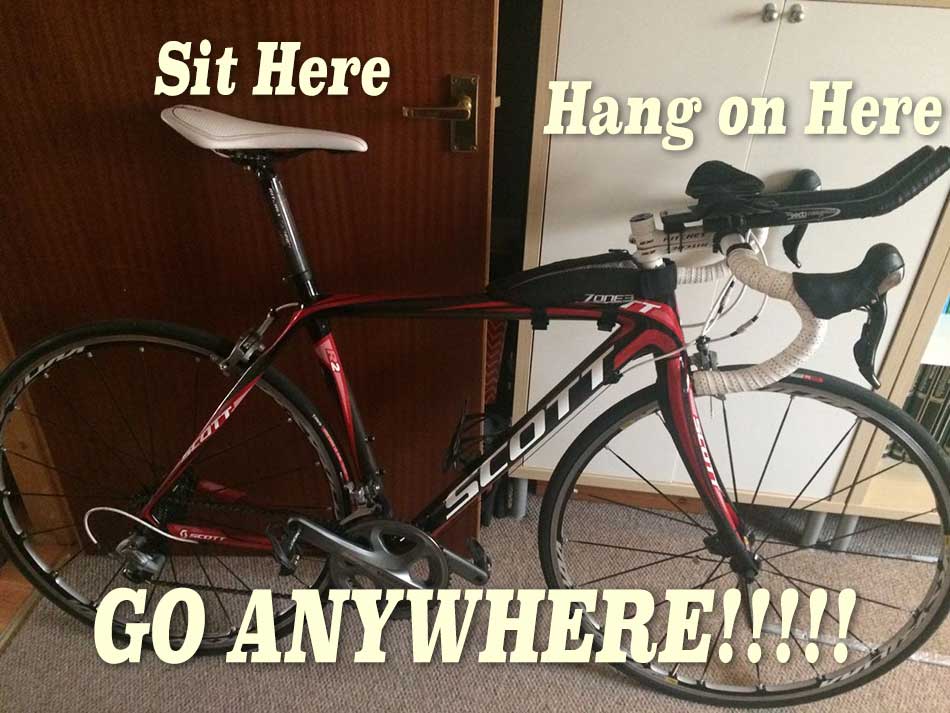 So, where did I go? I headed out of Clarach and into Aberystwyth and then out to Devil’s Bridge. From there I went to Pont-rhyd-y-groes and then Pontrhydfendigaid before heading off to Tregaron. I then came back via Lledrod and Llanilar into Aberystwyth again. I stopped at Ta Med for a coffee and a cake and then went to Clarach. The tow-bar wasn’t fitted yet as it was proving more difficult than usual and was going to take another 3 hours or so yet. I therefore headed home via Bow Street, Llandre and Borth. Not a bad ride in the end.

Once at home I continued with a few things in Morgan’s bedroom, tidied and cleaned the house and then started getting dinner ready. Back to work tomorrow though which is a shame as another day on the bike would be nice.