Whilst on my way to a cyclo-cross race recently someone accidentally hit my car. It was all at slow speed so don’t panic, everyone was fine! I was just heading up the hill out of Borth. The other driver was pulling out of a blind alley to the left which has waist high walls to either side. She obviously couldn’t see too well and simply nosed out too far as I went past. She drove into the rear passenger side of my car with a little thump. Damage was done but it didn’t look too bad. The rear passenger door on my car was scratched and dented, as was the rear corner panel of my car. Her car fared a little better with just some scratches and dents to her front bumper. Details were exchanged and insurance companies contacted. 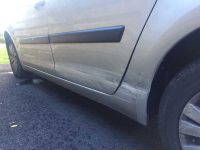 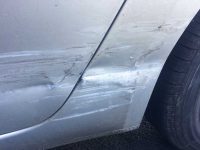 This is where it all went a bit silly. After having the damage assessed by an ‘independent damage assessor’ my insurance company decided that my car was a ‘Category D write off’. This essentially means that according to their rules the car is uneconomical to repair as it isn’t worth a huge amount in the first place. Although once repaired it can legally be returned to the road. At the same time they also kind of forced a hire car on me. This in itself was silly as my car was still perfectly drivable, but for some reason they insisted that I have a hire car and duly delivered a lovely, very new 2016 VW Touran. 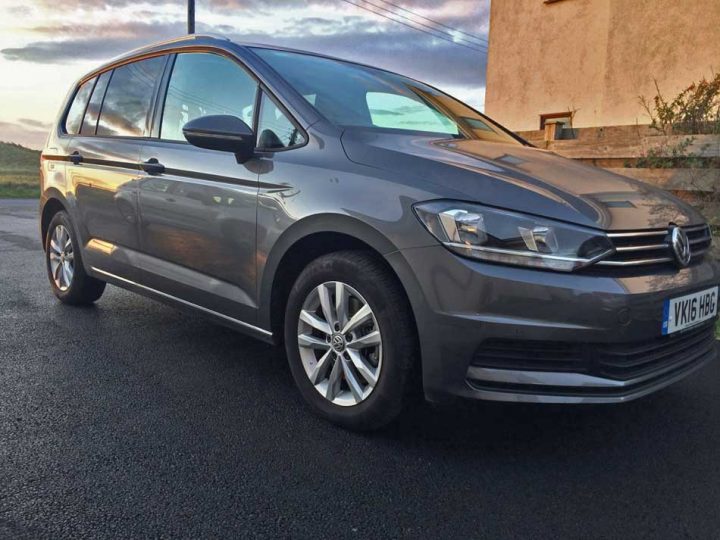 They then offered me a £2700 payout for my car, or a £2400 settlement if I decided to keep the car and repair it myself. This was about right, as my car was probably worth close to £3000, but it still seemed silly that it was deemed a write off. I’m sure a repair would cost less than £1000, probably considerably less, so surely that would be a better option. Not according to the insurance company and damage assessors so this was my only option.

Of course, it was around about this time that I also started getting calls from injury claims people trying to get me to claim for any injuries sustained during the ‘accident’. They were quite persistent, no matter how many times I told them that there was no injury whatsoever, they seemed quite intent on convincing me to claim for one anyway! I managed to convince them otherwise in the end while I made up my mind what to do.

I decided that probably the best course of action would be to accept the £2400 payout and keep the car. I could then use that money to get it repaired, or maybe use it to put towards a slightly newer car whilst trading my dented one in at the same time. The following was therefore spent perusing the local forecourts and asking car salesmen how much they’d give me for my car. They didn’t seem too concerned by the damage as they seemed to think they could get it repaired for around £200. I was of course tempted to get it repaired myself and keep it but wasn’t too sure what the implications of that would be later down the line when I wanted to sell it again. Because of this I kind of made up my mind that selling the ‘damaged’ car and getting an upgrade was the way to go. It may not have made the most financial sense as this would mean that I’d be forking out around £2500 that I hadn’t planned on spending. I had after all expected this car to last me another few years yet at the least. But, it meant that I felt happier about the car I had and that I’d get a bit of an upgrade (age-wise) in the process.

We don’t have a huge amount of choice in Aberystwyth so we just went with what was on offer on the forecourts at the time. We ended up going for a 2011 Vauxhall Meriva. I’ll let you know more about the car itself in a future post. 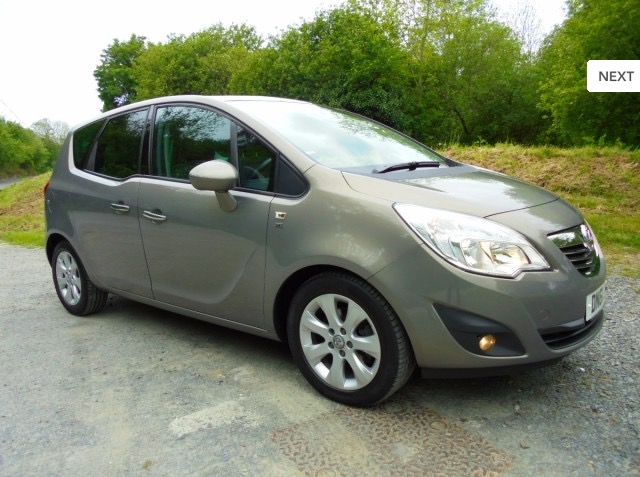 It all still seems pretty insane to me. I’m sure it would have been better for the insurance company to simply pay out to get mine repaired. I used to think that insurance companies didn’t want you to make a claim. However, I’m beginning to think they make more money when you do claim than when you don’t. My insurance will obviously be claiming from the other drivers policy as it was her fault. Although so far I’ve had to pay the excess as the third party insurance company has yet to process the claim. No doubt my insurance company will be claiming for more than they’ve offered me for the car so they’ll make a profit there. They’ll also be claiming for the hire car, probably at a higher rate than what it actually costs them and who knows what else they’ll be asking for? It seems to me as though they milk it for all they can rather than just doing the ‘right’ thing. No wonder our policies are so expensive. I’ve now got to go through the legal team using my legal cover that I’ve been paying for all these years to recalim the excess that I’ve so far been charged as well.

Such is life though and there’s little we can do about it so we just have to go along for the ride. It has resulted in an unexpected £2500 bill for me but I guess I’ve got an unexpected new car too. They new car has turned out to be slightly cheaper to tax, slightly more to insure and about the same to run. I was expecting it to be more economical but so far it is, but only just!