Another packed weekend for us with plenty to do, both recreationally and in the garden. It turned out quite productive though.

Saturday was a complete washout in the morning with dark skies and pouring rain, so after my usual chores and some work on the computer I jumped on the turbo trainer for a workout and then headed out into the pouring rain for a run. Nothing too exciting either way, just some tempo/threshold work to keep the legs turning.

I was back by 10am so after a shower it was time for coffee and then not long after that some lunch. Anna then headed off into Aberystwyth to play in the band at the new Bandstand. It was the first time they had played there since it opened and I think it went well. The rain had eased by now so I went for a walk along the beach. I actually went over to see if there was any surf but there wasn’t so I went for a walk instead.

The sun was coming out by the early afternoon and it felt like a completely different day. Pouring rain and dark skies all morning, then glorious blue skies and blazing sunshine in the afternoon. That could only mean one thing, time for some gardening. The task today was to resurrect the water feature. I had a new pump, a new waterproof cable connector and some new hosing so I set to it. It all went well and I had it finished just after Anna got back from Aberystwyth. 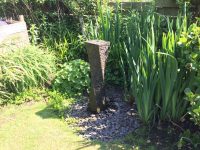 Water Feature in the Garden 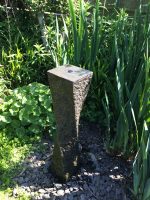 With the gardening done it was time to cook dinner. A gorgeous creamy, fragrant curry that I concocted whilst Anna and Morgan baked some of our special oaty banana muffins. After a busy day, the evening was spent chilling. We’re working our way through season 1 of ‘The 100‘ on Amazon Prime at the moment so watched an episode of that.

Sunday started with my usual early morning bike ride. I still haven’t found anyone to join me nice and early so set off on my own. The 3 rides from Aberystwyth all start at 9:30am which is far too late for me as it means they take up most of the day. I did find a few people from Cerist setting off from Machynlleth at 8am though so decided that I’d start at 5:30am as usual, do 2½ hours on my own and then meet up with them for the rest of my ride. That’s exactly what I did. I set off from home at 5:30am under ominous looking skies. There was a little bit of rain between Tre Ddol and Glandyfi but it didn’t come to much so I didn’t get too wet. I then rode into Machynlleth and from there out along the Dyfi Estuary to Aberdyfi and then on towards Tywyn. I did think about riding up over Happy Valley to get back to Machynlleth but I wasn’t sure how long that would take so instead took the main road back so that I knew I could get there for 8am.

I was riding well, and despite taking it easy had covered over 40 miles by the time I got to Machynlleth and had averaged around 18mph. It was good conditions though, cool, dry now, and virtually no wind for a change.

I met the others at the clock tower and we headed south on the main road. The pace had slowed considerably now that I was with a group of other riders but that was fine. It was good to catch up with some people I hadn’t seen for a while and have a chat as we rode along. A few of us headed up into the hills at Talybont to do the Bont Goch loop and we all reconvened in Borth.  Everyone else then headed off to the Clettwr Cafe for coffee and cakes whereas I peeled off at Ynyslas and had coffee and cakes at home. Perfect timing as I was home by 10am so still had the rest of the day to do things after having had over 4 hours in the saddle.

When I arrived home, I discovered that Morgan had been ill. Diarrhea and Sickness had him in its grasp and he had spent most of the day so far either sat on the toilet or being sick. This meant that we’d have to spend the day at home and that I’d probably have to spend Monday at home looking after him as well as he wouldn’t be able to go to school. Anna was looking after him though and he spent the remainder of the day asleep in bed. He did perk up a little in the evening, so hopefully after a day off school on Monday he’ll be ready to go back on Tuesday.

My planned run along the Coast Path on Monday will be postponed.

The early morning clouds had began to clear and I had decided to turn a small border in the garden into a larger vegetable patch. I started digging it up but then decided that it might be better as a raised bed instead. We had a raised bed around the back of the house that we hadn’t used this year. We have plans to construct a lean-to along this part of the house anyway so want to clear everything out from behind the house. With that in mind I decided to ‘kill several birds with one stone’.

If I dismantled the raised bed I’d be making a start on clearing out the area behind the house. I could then re-purpose the wood to build a new raised bed in the garden and I wouldn’t therefore have to dig out so much turf. This also meant that I wouldn’t have to find somewhere to dispose of that turf, and we’d have a new raised bed for growing veggies too. 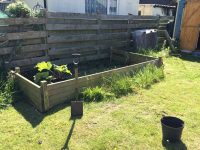 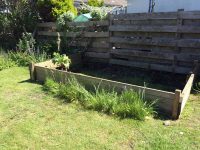 The wood was a little rotten in places but with some judicious use I managed to re-use almost all of it and in conjunction with a few other odd bits of wood that I found here and there I was able to construct a new raised bed that was twice the size of the old one.

Now I just have to fill it with soil and get planting it!

Pootling in the Canoe

It was now a lovely sunny day and still only 3pm so I loaded the car up with canoeing kit and got Anna to give me a hand with it. We went to the estuary at first as I was planning on paddling around the calm water in between the sandbanks and playing around with some fishing. The tide was really low though and Anna wasn’t dressed for wading through the mud. We thought that maybe I could launch into the Leri from the little slipway by the boatyard so we drove along the track around the top of the beach. That in itself was more of an adventure that it used to be in my 4×4. My Citreon C4 isn’t really designed for such tracks. The water was too low here as well with no real access, so instead we drove into Borth and I launched into the sea from the Lifeboat Station.

It wasn’t ideal here as there was a little bit of swell and the sea breeze was making things quite choppy. I still had fun paddling around for a while. I didn’t really do any fishing though as it was just a little too choppy and windy to do that from the canoe. I had hoped to practise paddling the canoe properly on my own with it leaning to one side and using a ‘J-stroke’ to keep it going in a straight line. I did play around with this, but the wind wasn’t helping and I was being thrown around a little by the chop too. As you can imaging, not ideal conditions, but the sun was shining and I was out on the sea having fun so not too much to complain about. I ended up going around the reefs several times and the canoe coped well despite the conditions. 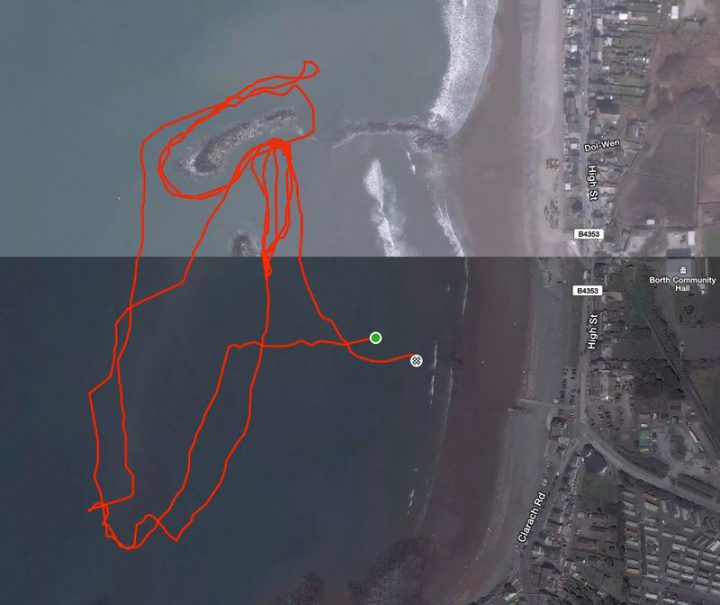 Paddling round the Reefs

All in all, another good weekend with plenty done in the garden and lots of time outdoors in the sunshine. 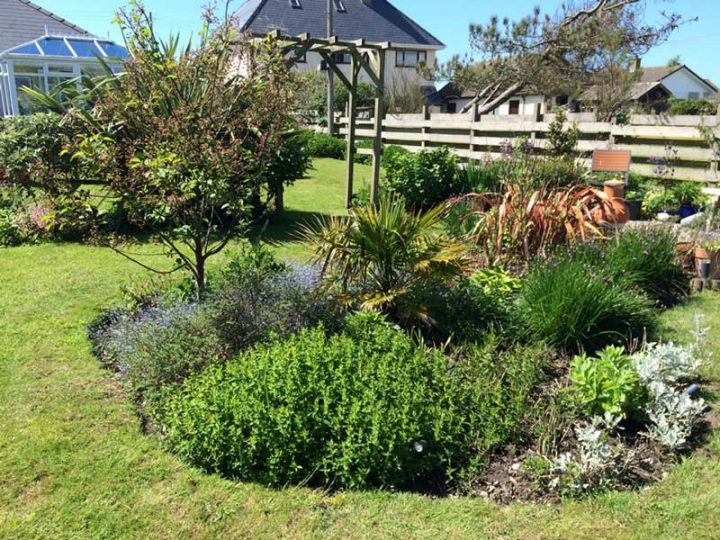