Another perfect day here in Ynyslas. More Sunshine and More wind. There were some lovely views over the estuary from on top of the dunes first thing.

View from the Dunes

When this was taken there was barely a breath of wind. That soon changed though whilst I was doing a hard VO2Max Interval session on the turbo trainer. I know I should have been out on my bike in the real world but with lots to do a quicl 45 minutes on the turbo trainer is much more productive that a couple hours on the road. The session today was called Gendarme 45 and consisted of  two 15 minute sets of 30 second VO2Max ‘Bilats’. That’s 30 seconds hard, 30 seconds recovery for 15 minutes, twice. Tough, especially with the sun beating down on the conservatory which makes it pretty hot, but I managed it fairly easily as it is only 45 minutes long after all. 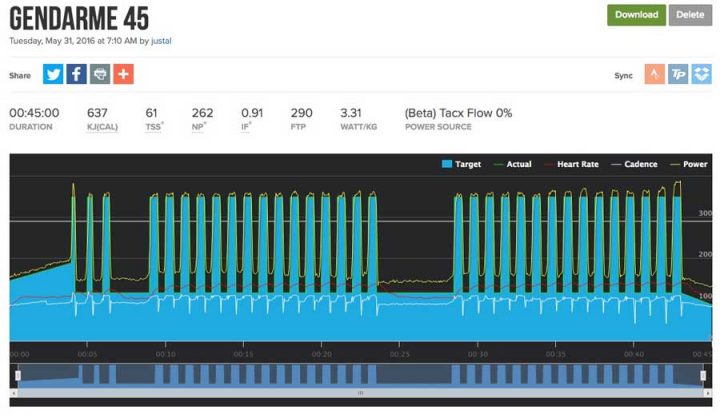 Next up was a run along the beach, with some intervals between the groynes. I didn’t really notice the wind on the way into Borth, but when I turned around to come back and had it in my face it was definitely getting stronger. The run was good though and then it was time for some work.

The wind was picking up all the time and by midday it was certainly windy enough for a windsurf session and with the sun still shining I didn’t need much persuasion to ‘down tool’ and head to the beach. It’s not often that we get decent wind, sunshine and a day off all at the same time so I had to make the most of it. It was nice to be out on smaller kit than yesterday as well. A medium sized (86 ltr) wave board and a 5m sail and I was well powered up and having a blast. There were a few kitesurfers out as well and two other windsurfers – that’s busy for Ynyslas.

I couldn’t stay out there all day and with only a shortie on did start getting a little chilly after a couple of hours so it was back home for a shower and some more work. More of the same tomorrow please.