The new look to our website is coming on well. The actual look was fairly easy to set up as I used a lovely looking Theme called Hueman that had most of the features I wanted. I have however tweaked it via a child theme to fit my needs and added a few other things.

As mentioned elsewhere, the main reason for the change was to satisfy the new mobile biased algorithms added to the Google search engine. I wanted to achieve this without losing too much of the information that was previously displayed on the page. Hence the sidebar navigation panels that shrink out of the way one at a time on smaller screens such as tablets. A few extra items in the header are also removed on smaller screens and some of the navigational features change to a pop-out menu rather than a horizontal one or get put at the bottom of the page.

Next up was a plugin called Video Thumbnails that would create an image from an embedded video clip so that I could add featured images to those posts that contain a video. This is more of a manual process so I’m still working my way through these.

Of course, featured images don’t work too well on a site where the home page displays the entire post, there’s just no need for them as you can see the images within the post anyway. Now however, the home page only shows an excerpt of the post. I never really liked this idea in the past as it requires people to click through to read the post in its entirety, but now that Internet speed is quicker it has been growing on me. It also has the added advantage for me that people see the comments and the comment form on each post and may therefore post comment themselves – it’s always nice to get comments and hopefully the new look site will encourage readers to comment more. It also means that the site is easier to scroll through, especially on smaller devices. 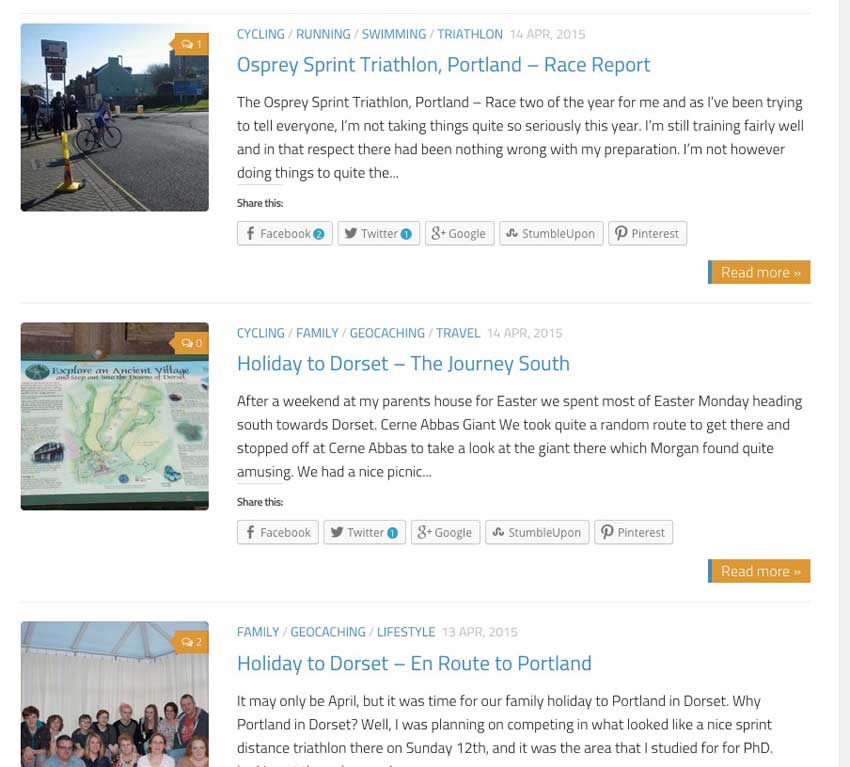 The other new feature that I’m quite liking is the Related Content or ‘you may also like’ area at the bottom of each post. We’ve always had a related content section but previously it was just a list of 10 related posts. Now I only have 3 related posts (this may change to 6 once I’ve played around with the layout a little), but they now have a featured image associated with them and I’ve found myself following them all the time and reminiscing about old posts. Hopefully others are doing the same.

We used to have loads of content in the sidebars, lists of recent posts, recent comments, tag clouds, lists of categories, archive lists and more. It was all a bit too much really, but I found it hard to let go of them. To that end, we still have two sidebars and most of the original content is still there, it’s just presented a little better.

The comments section is tabbed so the default display shows the recent comments on the blog, complete with a gravatar, the other tab shows the most commented posts of all time.

The long categories list is still there but is now organised into sub-folders and each category has a nice little description when visited too. The archives and tag cloud remain fairly unchanged. When I get the time I might go through the categories and tags though and consolidate some of them.

In the right hand sidebar we have a new look ‘Trending’ lists showing the most read posts today and a new look recent posts list, both with featured images.

You may even notice the use of custom post types here and there. Some posts have a slideshow gallery at the top of them, others have a featured link or a quote. I even have some custom typography in the form of dropcaps and pull-quotes here and there as well. 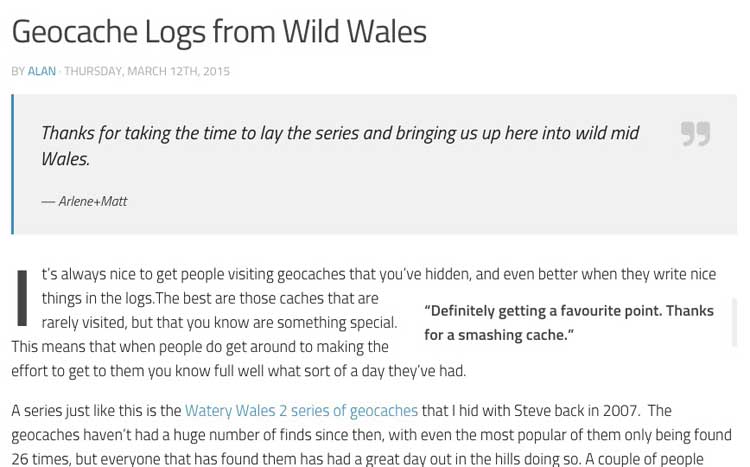 I think it’s all coming together nicely. I like the new look and it’s been encouraging me to look around the site more than usual so hopefully the same is true for others readers of our blog too. I still want to sort out the related posts area a little so that I can add more posts to it, but I may need to change the way that thumbnails and featured images are generated to do that. Maybe resizing them all which will be a bit of a pain. It could be a good thing to do though as there is now a fair bit of image bloat within our weblog thanks to the fact that changing themes has required a whole new load of image sizes to be generated. Each image has around 6 versions now in various sizes, so it may be time for a clear out and time to delete those sizes we no longer use.

I hope you’re liking the end new look website as much as I am.