We’ve got a guest post for you today, but one that’s apt as I could certainly do with a nice holiday on a budget.

Travelling abroad on a modest budget can seem like a challenge at first, but it’s one well worth taking on. After all, those paid holiday hours should go toward something truly meaningful, such as that beach trip you may have been putting off for too long. Look, we all know that a coastal holiday can be even pricier given the price-gouging that can occur in tourist-y spots. But what about those that get passed over and are surprisingly affordable? Believe me, these places exist and we’ve found three that you need to look into for your next trip.

Greece’s previously struggling economy made it a standout destination for travellers on a budget. That was until the rest of the world caught on and spending a holiday there became a bit more daunting, both in terms of cost and overcrowding. But ABC News made the point that not all of Greece is that way, as the island of Corfu remains equally beautiful and affordable. They recommend going there through a regional carrierâ€”a wise suggestion in any caseâ€”and looking for all-inclusive options so you can definitely find a clean, open spot on the beach. When you’re not relaxing by the Mediterranean waters, be sure to spend an afternoon or two full of exploring the area’s vibrant history (churches, fortresses, etc.). Trying the local cuisine is a must, too, and some research proves you should try out Porto in Kassiopi and Mitsos Taverna in Nissaki. 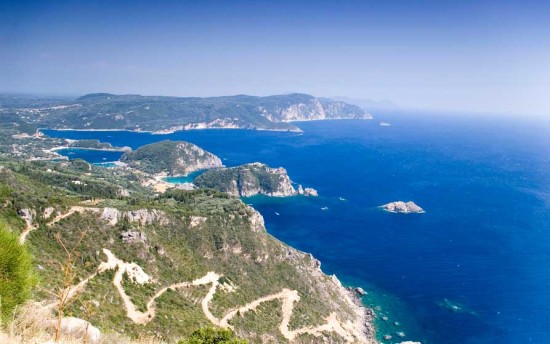 Although it had been overlooked in the past, Malaga is quickly becoming busier in terms of tourism. That being said, it’s not quite at the level of its cohorts (like Madrid and Barcelona), which keeps prices low across the board. And just because you’re going for a budget-friendly holiday doesn’t mean your trip has to come across as “cheap.” For example, British Airways’ flights from London to Malaga are £65 for the coming months and even lower in the autumn. While the price is on the lower side, you still receive in-flight food and beverages along with the benefit of spending more on your actual holiday. In that respect, BA actually recommends opting for a rental car as it will allow you to explore more of Malaga, particularly its beaches on the Mediterranean Sea coast. The “off-season” may lead you to believe it’ll be too chilly to enjoy the shores, but Weather.com will tell you otherwise. Also, can we talk about the rich art historyâ€”Pablo Picasso was born in Malaga and has his own museumâ€”and delicious cuisine to enjoy? If you’re a foodie, you’ll be in heaven here, so make sure your budget has enough room to indulge in the local eats like the mollete (Iberian ham, olive oil, and tomato).

Yes, it’s another Spanish destination, but it’s nothing like what you’ll find in Malaga. For one, Majorca is one of the Balearic Islands located in the Mediterranean Sea itself, so it’s all coastal. And as The Telegraph points out, Majorca’s become a foodie hotspot thanks to its own take on Spanish cuisine. While you can find plenty of standout paella dishes available, it’s recommended that you also try out the more rustic spots. In particular, there’s La Boveda, which will run you around £10-£15 for a shared plate of flavourful tapas. Of course, there are also the beaches to consider, though the more affordable off-season getaways (in January and February) won’t necessarily lend themselves to time in the Mediterranean. Still, there will be much sunshine to take advantage of, which is perfect for making your way through the island’s rural areas. It’s there that you’ll surely run into the native almond trees in full bloom in the valleys and plains.