Hot on the heels of Sports Day at school, the next day after school we headed out for the Ras yr Hafod at Hafod Estate. This was an adult 10k race along with several kids races. Morgan wanted to do it, but not alone so roped his friend Cameron into it as well. None of them had ever done anything like it so it was all new and we didn’t really know what to expect. 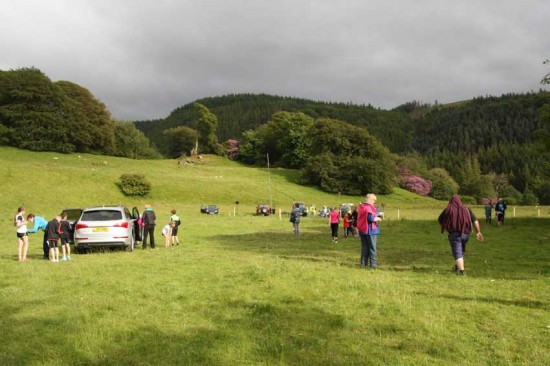 I collected them from school, stopped off at the shops to buy a picnic which they ate on campus whilst we waited for Anna to finish work. We then all headed off to Hafod and along the bumpy forest track to race HQ. We found it OK and then hung around getting completely and utterly eaten alive by midges in the still evening air as we waited for registration. Once registered it was on with their numbers and off to the start line. 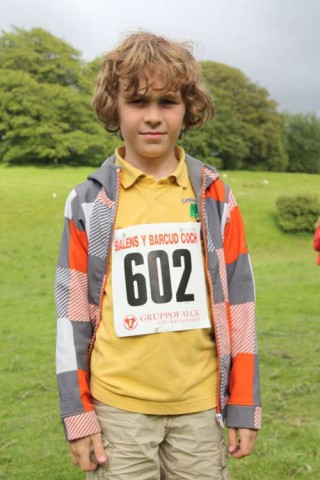 I’d kind of forgotten it was an adult race too, but I was soon bumping into lots of people that I knew from the local running and triathlon scene and everyone was expecting me to be running. Not tonight, I was support crew for Morgan for a change. The kids races were split into age-groups and Morgan and Cameron’s age group were the first off. It was all very welsh though and as they stood on the start line all of the instructions were delivered in Welsh and they didn’t look as though they knew what was going on. The fact that they were facing the wrong way on the start line looking a little confused at one point only confirmed this! They should know some Welsh but didn’t seem to know what was going on, and neither did we. We didn’t know how far it was, where they had to go or what marked the course, let alone where the finish line was. Somehow though despite my limited Welsh I managed to decipher the fact that Gethin (a fairly fast local runner) was going to lead the way so that they could follow without getting lost. I quickly told Morgan and Cameron this so that they at least knew what to do, but didn’t manage to tell them that it was about a mile in distance. There was little I could do about it though as they were lined up and ready to go. 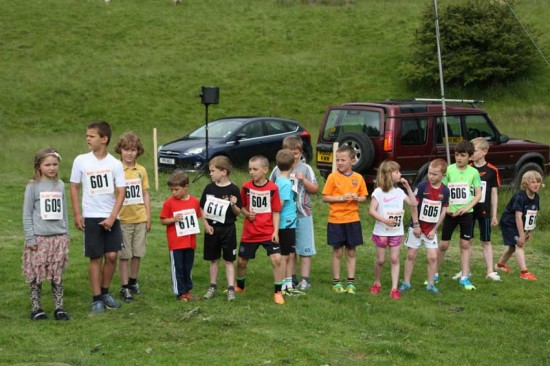 They were Off!! After a little bumping  and barging off the start line they headed off around the corner with Cameron just in front of Morgan and about 3rd or 4th from the back of the field as they disappeared out of view. Anna and I stood there wondering what would happen. We hoped they enjoyed it. It was only about a mile so it wasn’t too long before Gethin appeared around the top of the hill with one lad in hot pursuit. He was miles ahead of the others, but soon a couple of girls appeared too. Morgan and been ‘chicked’ and there was no sign of him or Cameron on the descent to the line yet. 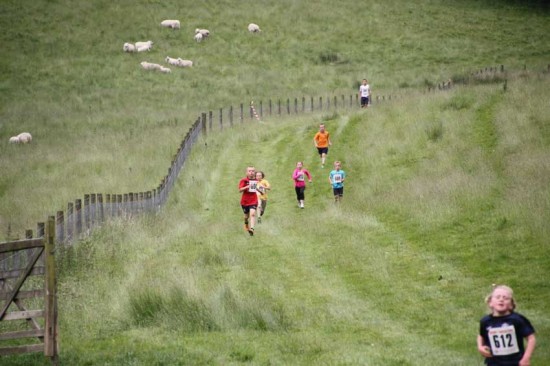 They weren’t too far behind though and soon Morgan appeared in with the majority of the pack, sprinting hard for the line. He looked as though he’d been trying hard and was focussed on catching and passing people as he approached the line with his long hair flowing behind him.

Cameron was a little further down the field, but both had been pushed fairly hard I think. There were still a few behind them though and some quite a long way back too. They all looked as though it had been good though. 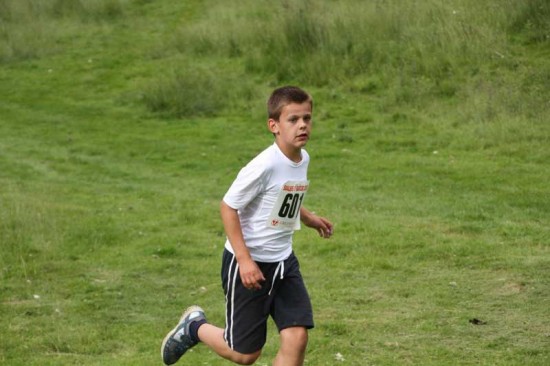 After the race Morgan said he had fallen and twisted his ankle, Cameron had fallen and hurt his back and there were tales of really steep uphills and muddy tracks.

The races continued with older age-groups and some impromptu kids relay races were organised too as Anna and I ate our picnic and chatted to people preparing for the adult 10k race. 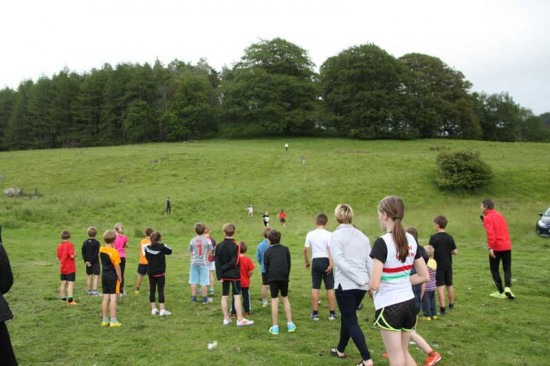 The midges were still in full force though and we had lots to do so after collected their finishers prizes and watching the slightly disorganised prize-giving we headed off back into Aberystwyth to drop Cameron off and then home. Hopefully Morgan will do more of these as he’s quite good at it really and could be even better if he got into it and started training!