As a self-confessed ‘Mac Fan Boy’ and a surfer, when Apple announced that the latest incarnation of OSX would be named ‘Mavericks’ after a famous big wave surf break in California I really couldn’t resist upgrading to the latest operating system. When they announced last week that the upgrade would be free then I was sold.

Obviously, any Operating System update is always a risky business, especially on a production machine that you use every day, but Apple do make the process easy. Just click on the ‘Free Upgrade’ button in the App Store and the process pretty much takes care of itself. I did take some precautions before doing so.

The first thing I did was check that the new operating system would run on my (fairly old) 2009 iMac. It would, so all was good there. I then checked the compatibility of the applications that I use every day. I’ve got a fairly old version of Photoshop (CS4) so I was a little worried about that still running as I can’t afford to upgrade that to the latest version but all was OK. I couldn’t find out for sure about my Accounting Software (AccountEdge) and have had problems with the upgrade and licensing of AccountEdge in the past so wanted to make sure it would work OK. The support team at Aclivity who sell the software weren’t any help so this one was gong to be a bit of a risk.

Next I ran some maintenance tasks on my current set up using Onyx. Just simple things to clean my Mac up a little such as fixing permissions, checking the status of the drive and deleting unwanted caches etc.

The next thing to do was to make sure that my cloned backups were up to date and test that I could boot from them. I keep several backups, a daily, weekly and monthly clone, a Time Machine Back-up and a Carbonite Off-site backup. I ran the cloned updates so that all of them were up to date with a clean, fully working copy of my hard drive. I then started up from each of these in turn to make sure that they were all working.

I then ejected and disconnected the hard drives that these are stored on so that I could update the operating system on my internal hard drive without risk of changing anything on the external cloned back ups.

Next it was time to run the upgrade. Well, not quite as it was a 5.3GB download so I had to wait the best part of 15 hours for it to download. It was just a matter of clicking on the free upgrade button in the App store though and then waiting for it to download.

As it takes so long to download here I thought I’d create a bootable Mac OSX Mavericka Install disk on a USB pen drive. This means that should I ever need to reinstall I can do so without having to wait for Mavericks to download again. It also allows me to use the pen drive as a recovery disk should the need ever arise. It’s a fairly easy process using DiskMaker X. There are full instructions here. It’s important to do this after downloading the Mac OSX Mavericks installer, but before running it and installing Mavericks. This is because the installation process will delete the installer.

Next it was time to click the install button and let my computer do its thing. This went well, although it took an hour or so and most disconcerting was the fact that the status bar got to  ‘Less than a minute remaining’ and then stayed like that for at least 30 minutes, maybe more. This was a little worrying, but I left it as it was an eventually my machine restarted and I was running Mac OSX Mavericks.

I had to enter a few details for things such as my iCloud account and to activate iCloud Keychain, but I was soon up and running and all seemed fine. 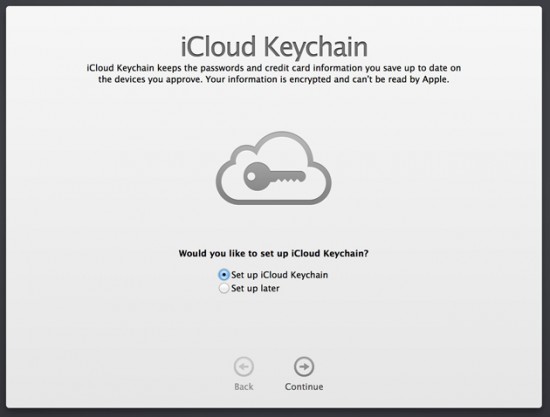 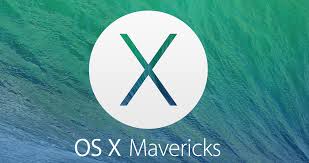 So, what do I think of it so far? It’s OK but there isn’t really that much different. It does seem quite a bit quicker which is good as it has given my old iMac a new lease of life. I was thinking of replacing my iMac soon, but maybe now with a new Operating System and what seems like slightly better performance I’ll hold off for a little longer. Although, I have a feeling that the video card on this one may be going so I might have to replace it soon anyway – it’s either that or the second monitor that I use that needs replacing.

I’m also happy to report that all of the applications that I was worried about working under Mavericks seem fine. Photoshop CS4 works, as does my old version of AccountEdge.

I haven’t really played with this much yet, but I have set it up. If it works as it is billed then it could be a really good addition to OSX and iOS. Will it replace LastPass for me? That I’m not sure of. I’d love it if it could and I could have an operating system level password manager but so far I’ve seen little of it in daily use and LastPass still seems to do the job of managing passwords for me. I shall have to investigate it a little more.

At last, proper dual monitor support for full screen applications. Now each screen still works independently even with full screen apps. This is something that I said should have been there from the start. Until now, full screen apps were useless on dual monitor set ups as the other monitors were just greyed out. Now at last you can have a full screen app on one display with windowed apps on another. It’s finally the it should be, but I don’t think I’ll use it. I just can’t get to grips with full screen apps and I can’t seem to find a way of setting applications such as Safari to open up in full screen by default. I also don’t seem to be able to get Safari (or other Apple applications) to open up with their windows in the same location each time. This may be a Safari thing as I’ve decided to swap over to using Safari as my web browser rather than Chrome. I may swap back to Chrome if needs be, but so far Safari seems quite fast in comparison.

I’m also not completely convinced about having two menu bars, one on each screen. I’d gotten so used to having just one that I instinctively knew where exactly in my field of view anything would be. Having two means that things such as a spotlight search field (which I use as a quick keyboard based application launcher) can now appear in one of two places – and it always seems to be on my second monitor, not the first one where it used to be!

The same is true when opening applications. I like to set things up so that they open up in the same place on my screen each time with windows where I want them. Now they seem to open up on whatever monitor the mouse cursor is on so I keep loosing them!

I don’t like the look of the translucent menu bar either, and get easily confused by having two different menus. I’m so used to looking in one place for things and they can be in two. Maybe I’m just an old dog that can’t learn new tricks, but now that I have proper dual monitor support I’m not sure that I like it!

These are nice features to have in Finder and I may get around to using them. Tabs have been needed for a while, but once again I’m so used to not having them that remembering to use them now that we do have them isn’t easy! Tagging of things within the finder sounds like a great idea, the question is, what tagging system do I use, and can I be bothered to go back through all of my old documents and tag them? – I doubt it!

iBooks and Maps are nice additions, and the updates to Calendar are nice too. I don’t use Calendar though, I use BusyCal instead. I’m not sure if the new features will encourage me to go through the turmoil of swapping back to Calendar, or if I’ll wait for BusyCal to catch up with their own implementation of the new Apple features. I like the look of the travel time feature but don’t seem to be able to get it to work, so it looks as though I’ll be sticking with BusyCal for now.

I updated these via the App Store after upgrading to Mac OSX Mavericks, and have to say I was hugely disappointed. Apple have been keen to highlight feature parity between these apps on Mac OSX and iOS, however the way they have achieved this isn’t by updating the iOS apps to include the features of the OSX apps, but instead have stripped down the new OSX apps to be the same as those on iOS. I couldn’t live with that in Pages and have had to revert back to Pages ’09. The big features that were missing for me were:

Numbers isn’t much better with no proper print view and a dumbed down toolbar. I’m sticking with the latest version of Numbers for now, but the new version of Pages was just unusable. 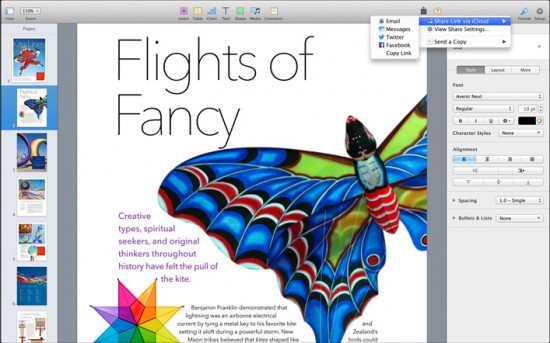 The performance enhancements are certainly welcomed and upgrading to Mac OSX Mavericks has given my ageing iMac a new lease of life. The upgrade process was painless and all of my old applications work well under the new operating system. The new look is nice, even though the changes are very subtle.

The new features I had been waiting however aren’t quite as useful as I had hoped. Maybe I’m just so used to the old way of doing things that its going to take a while to get used to the new way, but so far they haven’t really proved that useful and haven’t enhanced productivity. If anything they have made things a little more difficult to use for me.

It’s always nice to have the latest up to date version of an operating system and with Apple giving it away for free we can’t complain too loudly. Change is always difficult though so it would be nice if there were preference settings that allowed you to keep certain things as they were on the previous OS. I guess that isn’t Apple’s way though so I will just have to get used to it. Who knows, it may improve as updates are released. I certainly hope that features are added back into Pages though as it has been severely hobbled by the latest updates and is no longer a contender as a powerful but beautiful Desktop Publishing tool.