This was the last day for most of the INTRtri team as they were all heading home today but last nit at the closing ceremony Andrea had agreed that she and Frank would come for a pre-breakfast swim with me.

Now, you know me, I’m Mr. Reliable when it comes to these things, the early the better and the more outrageous the idea then I’ll be there ready and waiting. Not everyone turns up mind you especially when the arrangements have been made at the end of a big night out so I was pleasantly surprised when Andrea appeared in the lobby on time and said that Frank was on his way. They did look a little worse for wear, but were up for a swim.

The plan was to walk to the end of the bay and go for a swim along the rocks looking for fish and other marine life. It was a gorgeous morning and already very hot. It was supposed to be the hottest day so far and it was certainly shaping up that way. The sea was calm and there were a few fisherman on the rocks which bode well for our little snorkelling trip. We were soon in the water and swimming out around the fisherman to the rocks. I took my camera with me but unfortunately there just wasn’t much to see.

We had a nice swim anyway and then headed back to the hotel for breakfast. This was the usual fare of tomatoes, cheese, cold meats and salad with bread. Followed by boiled eggs, then an omelette. Next was a couple of bowls of muesli, some chocolate cereals thing and plenty of Greek yoghurt. Toast with jam, coffee and some fruit to finish and we were ready for the day.

The others packed their bags and got ready to check out whilst I headed off to do a bit of shopping. I just wanted a few bits and pieces to take home with me such as Turkish Delight and some sweets.

We then all met up at 1pm for a final lunch in the restaurant next to our hotel. I had a Mammamia Pizza again as it was nice last time and we also get a huge flat bread with dips to start. Quite a large lunch really and with the beer as well I’m sure it was more calories than I needed but it is the end of the holiday so I may as well make the most of it before getting home and getting back into the training and eating regimes expected of a European Triathlon Champion!

Lunch was washed down with an ice-cream and I was presented with another gold medal from everyone as an award for being so sociable! I don’t actually think they were being sarcastic either, although you can never be sure. We said our goodbyes and they headed off to meet their transfer buses to the airport while I headed into town for some serious bartering as I hadn’t yet got Morgan a present I was happy with. There really isn’t much to buy here. There are literally hundreds of shops lining the streets but they all seem to be selling exactly the me thing in the form of ripped off designer clothes, watches and sunglasses. That’s it, nothing else and Morgan isn’t really into designer clothes. 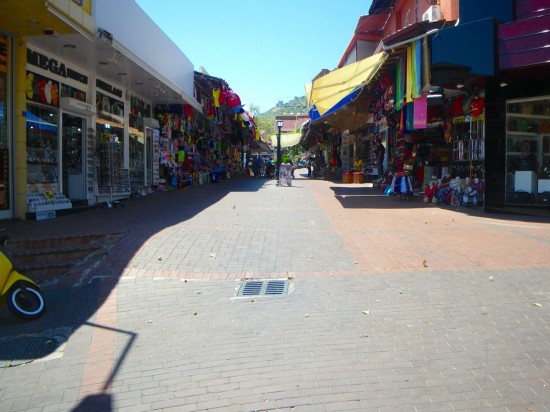 I did manage to buy him a pair of shorts in the end and a nice big towel with Alanya on it. I also ended up buying yet more presses for Anna in the form of some Turkish cushion covers and a hand made bowl with Alanya on it. These will be for all of us really just as mementos of the trip. I’m getting better at the bartering as well and managed to get the shorts down from a starting point of 95 lira to just 7 lira!

The rest of the day was taken up with chilling by the pool and getting ready to go the next day. Although I did find out in the afternoon that my transfer bus wasn’t picking me up from the hotel until 7:30pm so I would have pretty much a full day to kill anyway. 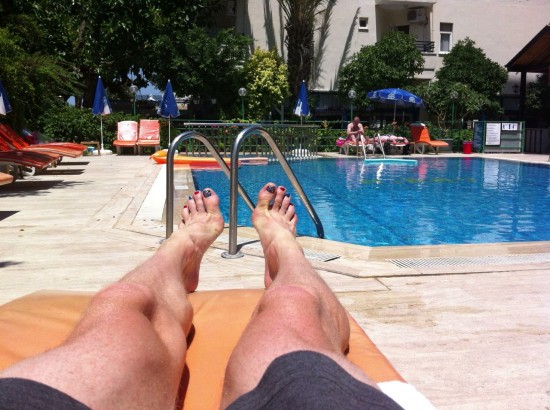 Chilling by the Pool

After a huge dinner in the hotel… Well, it was my last one So I had to make the most of it I popped over the road for a quiet drink in the Green Beach Club with John and Mary before heading to bed with the air conditioning on full blast. 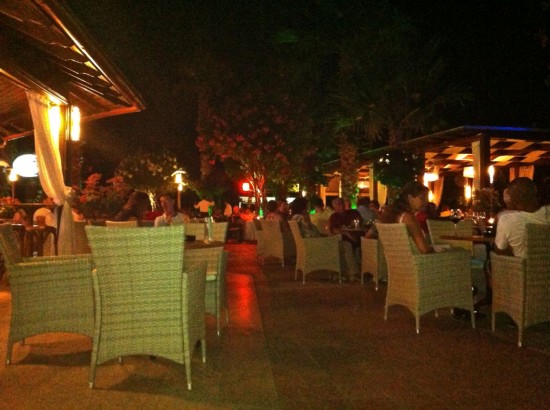