After our successful viewing of Saturn on Friday night, Morgan was excited about staying up on Saturday night to have a look for himself. We’re not sure if it was the prospect of seeing Saturn for the first time or the staying up late that had him excited, but with clear skies it promised much.

Venus was extremely bright in the West sky long before sunset and by the time dusk fell was shining like a beacon to the NW. Mars and Saturn were both visible way before darkness fell as well. Mars to the SW and Saturn to the SE. I therefore set the telescope up in daylight and we managed to have a decent look at Saturn before it was even dark.

If anything it was slightly clearer than the night before with the rings angled nicely towards us so that we could see them sharply. The moons had moved around a little but were still visible as well. Morgan had a good look, and then we tried to take some photos.

Getting photos using the telescope as a lens is really diffiuclt, but I wasn’t having any luck with just the camera either. As darkness fell I did get a couple of semi-decent shots, but the photos don’t really do it justice. It is a lovely object to observe so it’s a shame I can’t share it with you here with a photo that looks as good as we could see it. However, you can tell that it is Satrun and you can clearly see the rings in the photos, and if you look really closely you can just about make out two of it’s Moons. I think Rhea is just to the bottom right of Saturn in the 2nd of these photos and Titan can be seen a little way off to the top left of the planet. (Click on the photo to enlarge it and look really closely!) 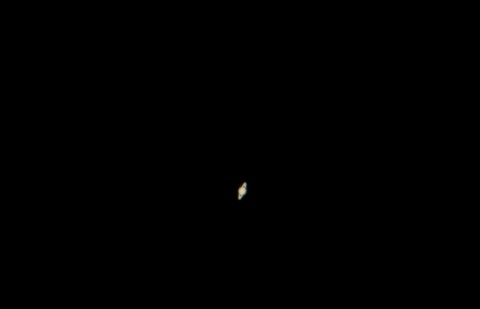 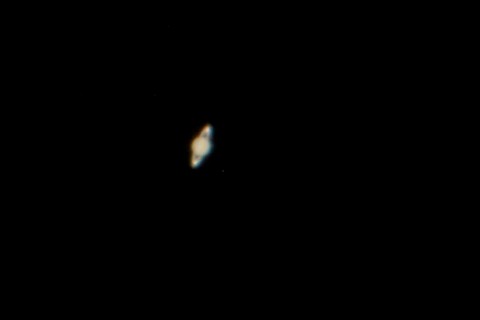