Thanks to the strikes yesterday, I was forced to have a day off as the schools were closed and Morgan was at home with me. We therefore decided to head off in search of some geocaches and lunch in Machynlleth.

First stop was a cache called ‘The Manx Connection’ I had a pretty good idea where it was so drove straight to the spot and we soon had cache number one of the day logged. I’d been up here many times before, but there are some nice views over the Dyfi Valley. 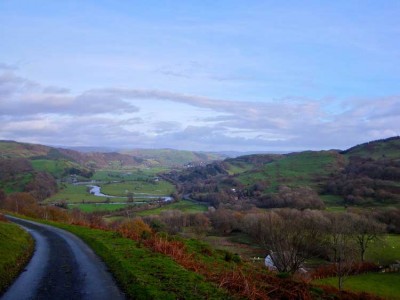 Morgan with a Cache

Next was a series of caches called the Roman Stomp. Again, I’d been here before and had in fact ran past all six of these caches on a run last Sunday. Today we stopped off and did numbers 1-5 before heading into Mach for some lunch, with the plan of doing number 6 – which is on the main road – on the way home.

Numbers 1-5 were all fairly easy to find but all interesting in their own way too. I won’t give too much away but one of the containers was empty which was a shame – I’m sure the cache owner will fix this soon now that they’ve been informed of the missing contents. At one cache, Morgan thought for a second that I’d caught a Magpie, only discover that it wasn’t a real one! Mind you, when Anna saw the photo of it on Morgan’s shoulder she thought it was a real ‘tame ‘ magpie as well! 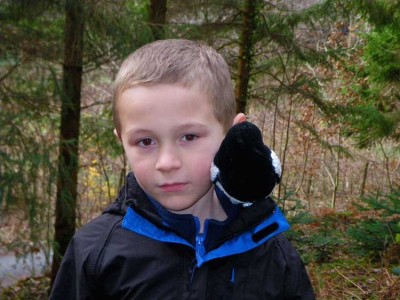 Morgan with a Magpie

We then did a quick cache and dash in Machynlleth before walking into the leisure centre for lunch. The plan was then to wander around the shops looking for Christmas presents for Anna and then to do a couple more caches on the outskirts of Mach. Unfortunately it started pouring with rain so after lunch we simply made a dash to the car – getting soaked in the process- and then drove home feeling soggy. We didn’t even stop off at Roman Stomp no. 6 as it was so wet.

So, 7 caches in total and the local map is beginning to look a little better again, with more smiley faces (signifying the caches we have found) than green boxes showing the ones we’ve yet to find. The ones at the top right of the map are the ones we did yesterday. 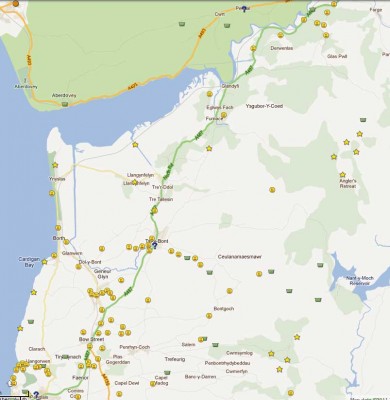