Photos of an Amorous Couple!

It seems as though the photos of the mating pair of Dasystoma salicella moths I took at the weekend have been in demand. I posted one of them on a forum and immediately had a couple of people ask if they could use it for their own personal records. Obviously I didn’t mind and sent them copies of the photos.

Since then I’ve been in contact with Ian at UK Moths who had photos of the larval stage, but not the adults of Dasystoma salicella, so the UK Moths website is now using my photo to illustrate the species. In addition, Mike from Hants Moths was in a similar position and requested use of the photo too.

If only I had realised that it was such an un-photogenic species at the time, I may have spent a little more time and effort getting a few more shots. 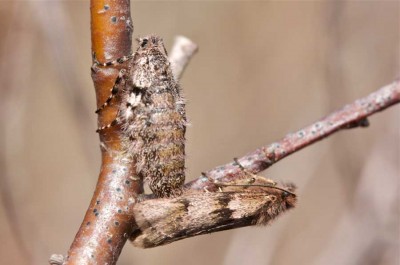