Just a quick photo of the views from Carn Owen at the weekend. 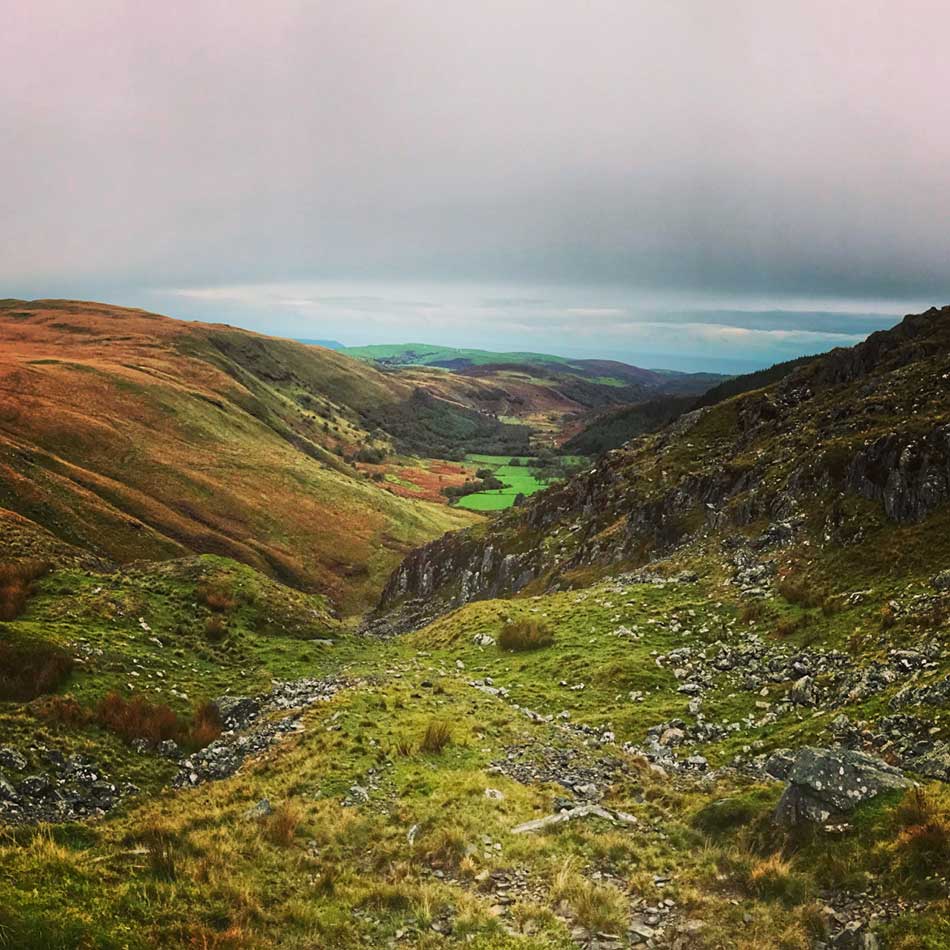 It was a fairly grey, chilly day here in West Wales but as Simon pointed out as we finished our ride at 9:30am, most people were still just getting out of bed and we had already done loads. We’d had an easy ride around the outer loop of the Conti Trail.

We started at Pendam where there was a chilly wind. First we rode the new Diggers End section of trail and then onto the Spine before heading out past a cold looking Llyn Syfyddrin and on towards Nant y Moch.

Simon had never ridden out this way so I was pointing out other trails as we went, weaving around the puddles and riding through the streams. Nant y Moch had water in it this time and seemed fairly full. Last time I was out here in the summer it was bone dry. We then followed the Conti Trail (Actually it’s called the Syfyddrin Trail but every around here calls it the Conti Trail as it used to be sponsored by Continental Tyres).

We made a little detour up to Carn Owen so that I could show Simon the views from here all the way down to the sea.

I took it relatively easy on the main Bont Goch Descent as I hadn’t ridden it for a while and there can often be nasty surprises here. All was good though and it was the smoothest I’ve ever ridden it. I was almost tempted to go back up and do it again so as to get a PB on it. As it was, I got my second best times on various sections despite taking it easy. Maybe I’ll go back next weekend!

From here it was into Bont Goch (somewhere Simon had never been before) and then the long climb back up to Hippity Hop to finish off the ride before most people were up and about.

My MTB ride was followed by bacon and egg rolls for brunch and then a stroll along the beach with Anna, before some time chilling at home. The sun came out in the afternoon and after an hour or so of sitting on the sofa I was getting itchy feet so I headed off to the beach for a surf ski. Obviously when I say I had itchy feet I mean that in the figurative sense. If I actually had itchy feet I would probably have had a nice little scratch, I don’t think surf skiing would be the best course of action. Mind you, walking barefoot over the pebbles and across the sands with a 6.2m boat on my shoulder may have helped.

I was expecting to find the seas calm with no wind so had planned to have a hard, fast paddle into Borth and back. As it was there was now quite a breeze from the North so rather than go with it to start with I took the sensible option of starting my paddle into the wind. This took me up towards the estuary where I weaved my way through the low tide sandbanks. There was one section through the pools where it was too shallow so I took to walking, dragging my ski beside me. The wind was continuing to pick up as I headed through the channel towards Aberdovey. Once past the sand bank I turn left to head back out through the main estuary channel out towards the outer edge of the Dovey Bar. I now had quite a stiff sidewind to contend with along with the associated chop. It was only going to get worse out by the edge of the bar though. It would be more exposed to the wind here, the wind would be meeting the flow of the river and the sandbanks would be kicking up a swell.

Sure enough, there was whitewater everywhere so I gave the buoys a wide berth and then turn left once clear of the sandbanks. From here I had the wind at my back all the way home. I pointed in the direction of the final groyne on the beach which I could just about make out in the distance. The wind and chop soon had me up to speed and the fun levels picked up too. The windblown chop was fairly small but it was still possible to ride it to a certain extent. There was also a NW swell which was hitting me from the right hand side. I was able to turn to catch this now and then too and could angle myself along it for some nice long rides. The journey home was a lot quicker than the one out. The sun was shining, I was all alone with the wind and waves – things were good.

Back at home it was time to don my chefs apron and start cooking up a lovely Spicery meal. (use Referral Code: ALAN-18497 when buying from the Spicery to save 10%.) As usual, this was a fun afternoon in the kitchen for Anna and I, cooking up a ‘date night in Ardabil’ meal. 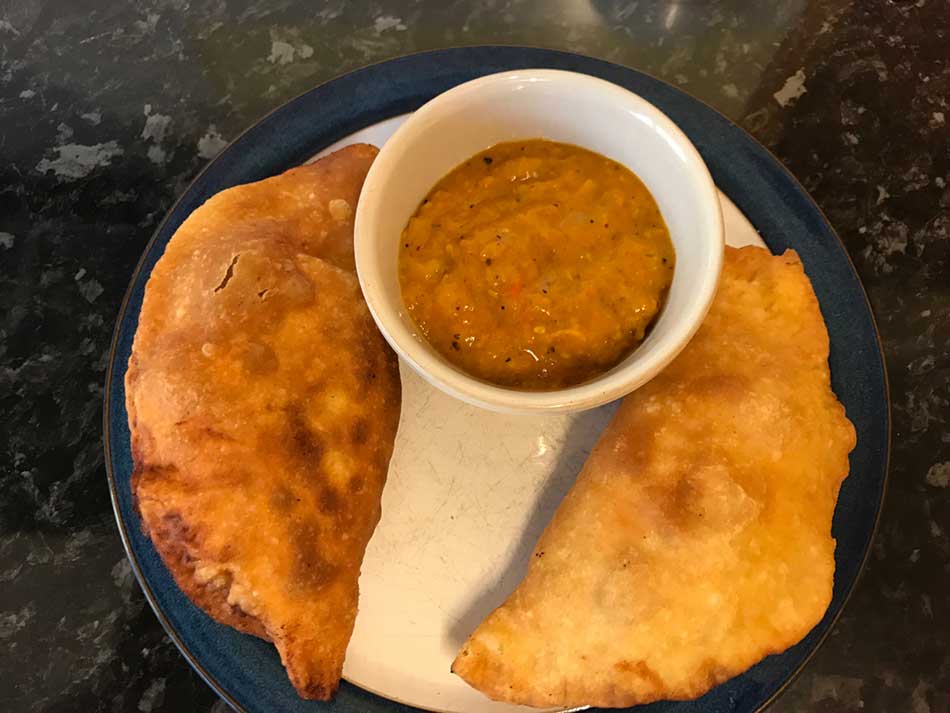 They were savoury this time, not sweet like last week, filled a mushroom filling and served with a rich tomato sauce. 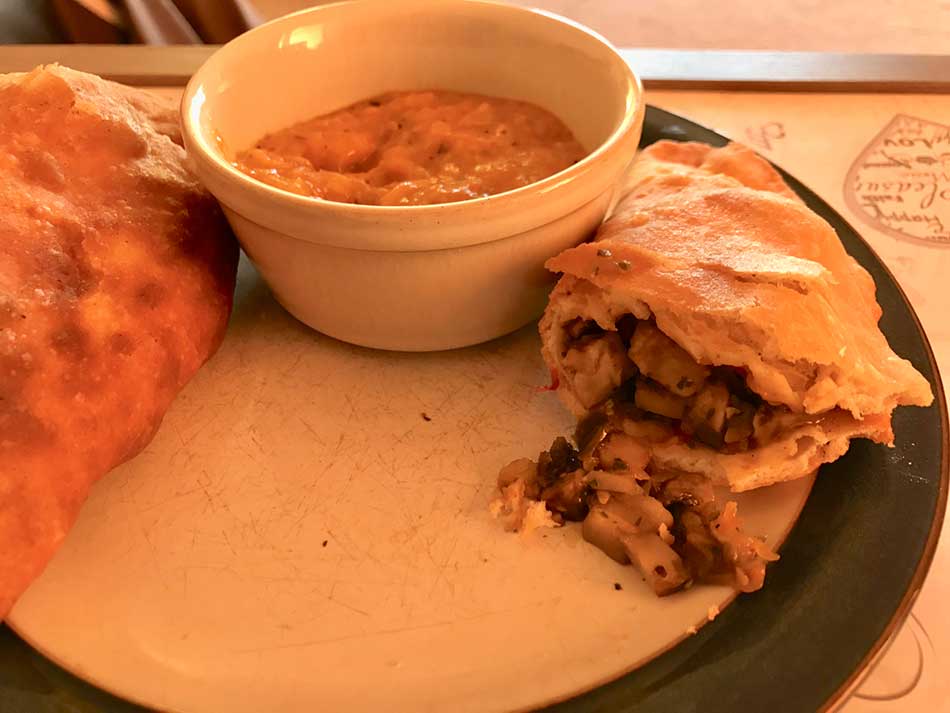 The main course was marinated grilled lamb with saffron rice, yogurt sauce and a zingy salad. 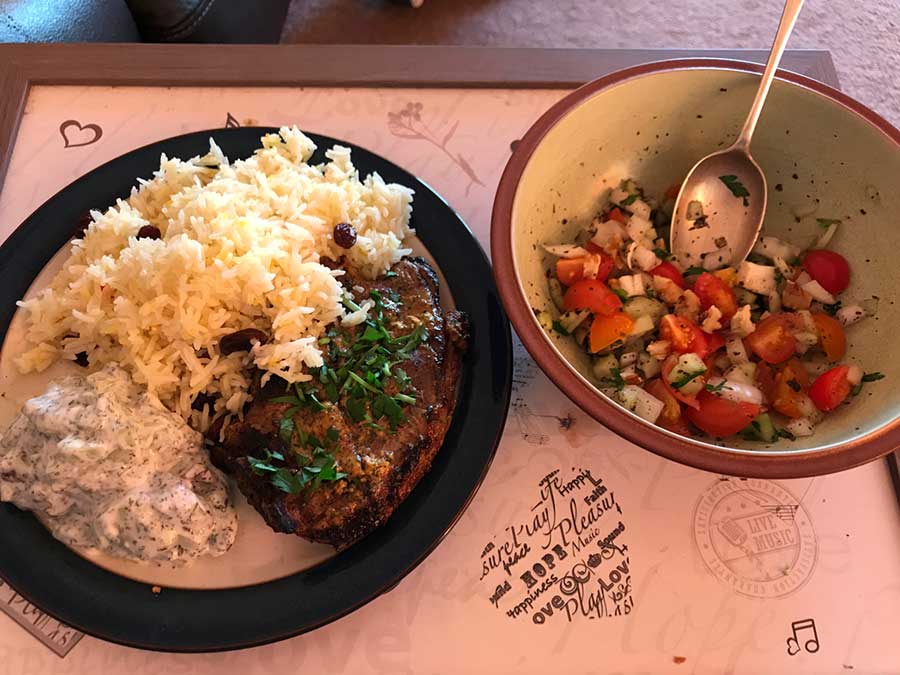 Pudding was a simple but much tastier than expected rice pudding called sholezard. 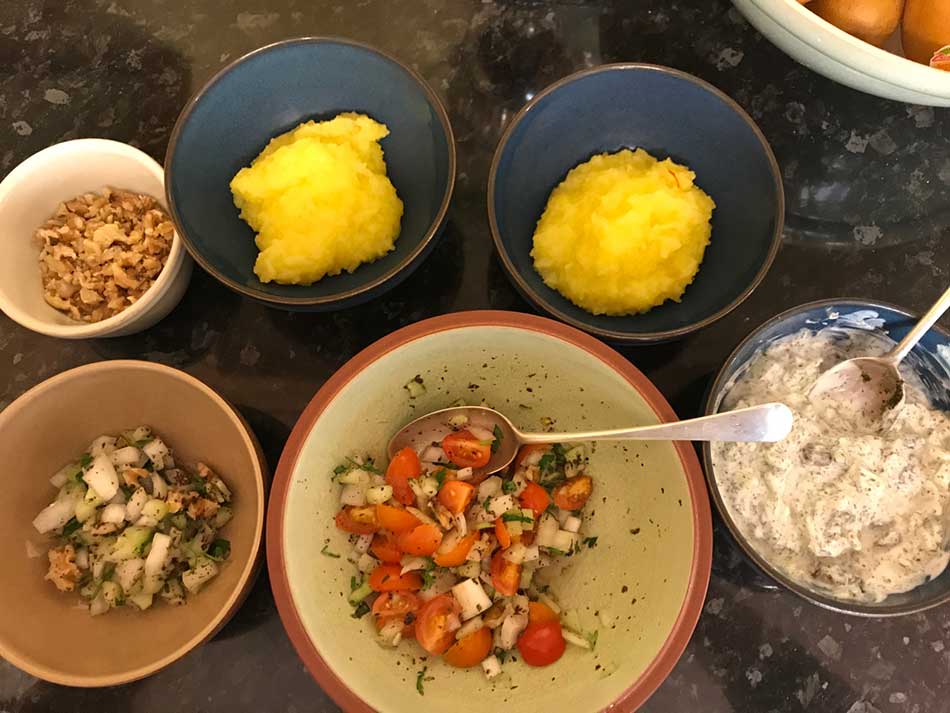 Spicery Meal in the Making

All followed by cinema night in the living room. Plenty packed into a Saturday as usual.