Another lovely weekend. Even making plans for a day on the beach with friends didn’t jinx the weather!

I decided to have a rest day as far as training was concerned but as I was up early with nothing to do decided to start cleaning. A few hours later and the house was sparkling, even the windows were cleaned and it was time to start on the van and car. They were soon sparkling too so I sat down for lunch with Anna and then continued pottering until the others arrived

A Day on the Beach with Friends

A couple of Anna’s friends were coming over to try out the Stand-up Paddleboard. Laura who Anna works with had been wanting to try it out for a while. Anna-marie, Geoff, Evie-rosa and Archie were invited too. I’d decided it would not only be good to get the SUP out but for us to get our home-made canoe out as well. We haven’t been in it for a while and it seemed a shame not to get it wet this year. 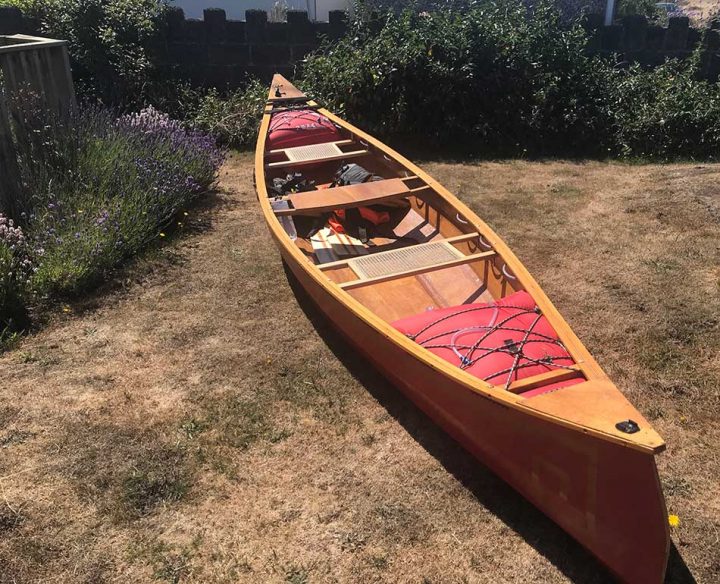 I thought it would be a good idea to take my Surf Ski over as well – I sort of had the idea that I might go off for a proper paddle in it but never got around to that.

It was quite a job taking it all over to the beach but there were a few hands to help and we were soon set up on the beach and ready to go.

After a very brief few words of instruction I left them to play with the paddle-board while I gave boat trips in the canoe. Evie loved it and I could barely get her out. The canoe performed well and didn’t sink – always a good thing, but always something in the back of our minds seeing as we built it ourselves!

Evie in the Canoe

Everyone seemed to enjoy the SUP and they were beginning to get the hang of it towards the end. Most people had a quick fall out of the surf ski as well. Even Anna had a go in it and did better than anyone else has on their first go – she’s a natural. If only she would get out paddling a bit more, I might have an excuse for a new surf ski then!

Fun in the Sun

Playing with the SUP

Anna and Laura Chatting in the Sea

Morgan had fun entertaining Evie and Archie too and of course playing in the sea. No one could quite believe how warm the sea was. I’ve been telling them for days how nice it is, now they finally believe me!

Anna in the Ski

Morgan took lots of footage with the GoPro too, but most of it was just so shaky and erratic that it’s likely to give you motion sickness so I’ll spare you most of it. 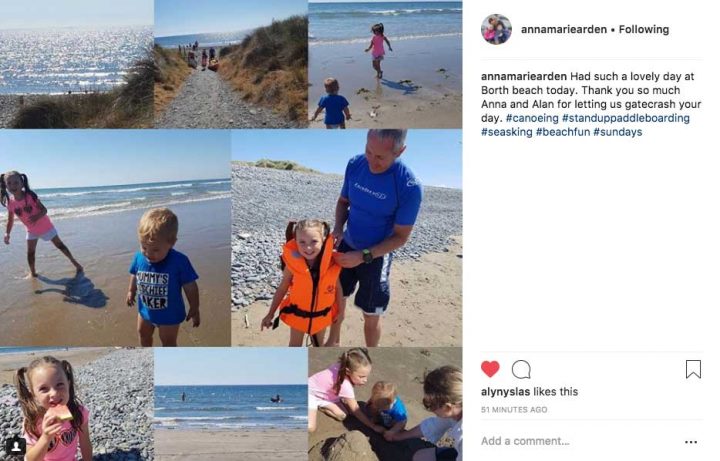