Days in the Sea

This summer weather is just too good. 20-odd degrees and wall to wall sunshine yet again yesterday and it looks set to stay that way all week. The sea is luscious too. Deep green, as clear as can be and warm too. It was especially warm yesterday afternoon in Borth. The sun had been warming the sand all day long. As the tide gradually came in over it the sea was warmed to almost bath like temperatures. In the shallows it was actually warm to the touch. It was obviously a little cooler further out but still lovely. A perfect day to spend in the sea.

First up was a nice long early morning sea swim. I was in the water before 5:30am for what turned out to be a 4km swim up and down the coast. The clear waters meant it looked really shallow as though I would brush my finger tips along the ripples in the sand. However when I stopped it was deeper than I thought!

I then had to drive Anna to Carmarthen and back for a hospital appointment so we dropped Morgan off at school and headed south along the coast road with the calm sea to our right. There wasn’t a ripple on it. After the hospital appointment which involved a longer wait than expected (how can they be an hour behind schedule for a 9:15am appointment when they only start at 9am?) we headed home, stopping off in Aberaeron for lunch. Lunch at the Harbourmaster followed by honey ice cream and a stroll around the harbour. 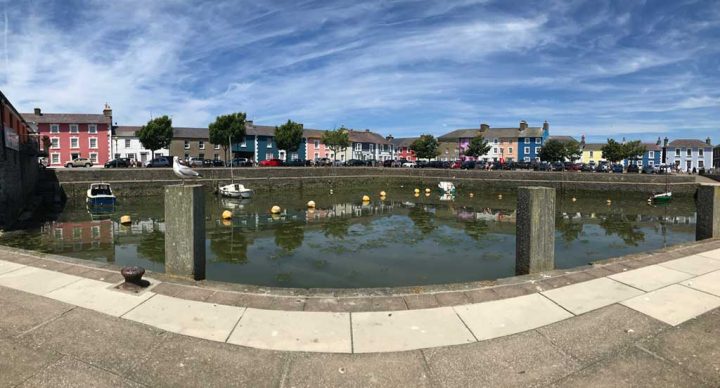 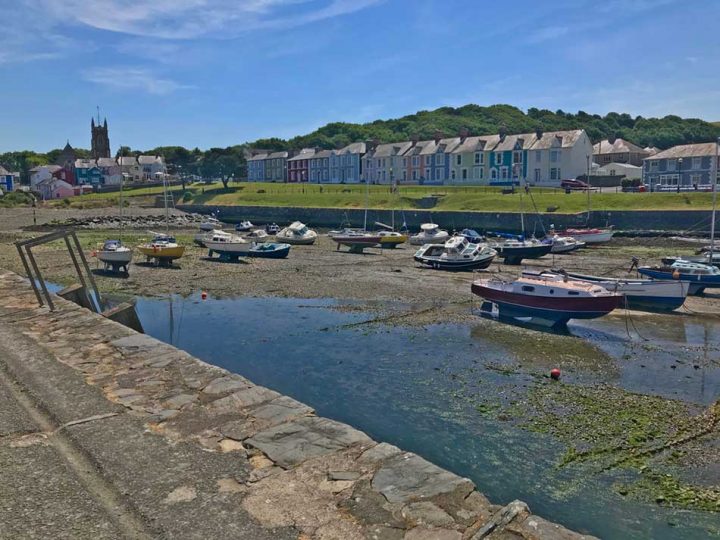 Once at home I did a bit of work in the garden then headed into Borth to meet Morgan for school. We were off for a snorkel around the reefs. The water was lovely and there was plenty to see as usual. Lots of blennies on the rocks, wrasse and pollock, jellyfish, spidercrabs and even a lobster.

By the evening, conditions were still lovely out there. There was a bit of a breeze now but I headed over tot he beach with my surf ski. I paddled into the estuary and across to Aberdyfi. I then went with the tide up to a secret beach before heading back into the tide and the wind. I stopped briefly at Aberdyfi then headed back out onto the seafront and home. What a day!

It looks like more of the same today as well as I’ve already been for a lovely sea swim here at Ynyslas. Swarms of massive barrel jellyfish below me and huge flocks of Manx Shearwaters skimming the sea surface and filling the skies above me. Clear green waters in one direction, fresh blue skies in the other and me as a little black and orange dot sandwiched between.