It wouldn’t be Christmas without the building of toys. Mind you, as Morgan gets older and technology takes over his life it’s harder than ever to prise him away from the screen. The fact that he had an X Box for Christmas didn’t help with this but I did manage to get him to help me build his K’Nex Roller Coaster the other day. He didn’t stick around for the whole build though so I ended up finishing it off on my own while Anna snoozed on the sofa.

I’d already been out for a long hilly and very muddy run in the morning. I’d headed off into the hills behind Tre Ddol and did manage to miss most of the bad weather whilst out there but did get caught in one painful hail storm. Other than that it was just slippery, muddy and quite cold. Perfect conditions for running in.

Back at home after a shower and an Epic Hot Chocolate, the wind was howling, the rain was lashing at the windows and the fire was on. We’d installed our new stove top fan which is supposed to distribute heat into the room rather than allowing it to escape up the chimney. It’s actually more clever than I thought. I had assumed that as with most of these the blades are simply powered by the rising heat and once they start spinning they push the warm air out into the room. This one has a small motor built into it along with a thermoelectric module. As the base of the fan heats up, the thermoelectric module generates electricity and acts as a small generator to power the fans motor. Clever hey! It seemed to work well.

Next up was the K’nex roller coaster which worked well too.

We hadn’t used K’nex before but they make quite a few different models all formed from interlocking pieces. It’s kind of like a mash up between Lego and Meccano and fits somewhere in between the two in terms of complexity. They have plenty of different models on offer as well as boxes of pieces for your own builds. Roller Coasters seem to be their thing though and the pieces are perfectly suited to this application. Morgan had the Blizzard Blast Coaster, one of the medium sized packs with 561 pieces, some of them quite small and fiddly. 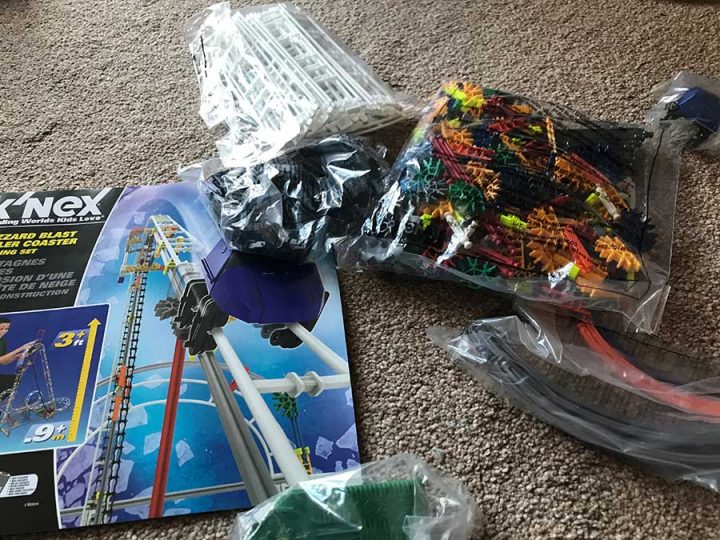 We started off building the system of gears that attach to it’s small motor. This one takes two AA batteries so isn’t quite as eco-friendly as our stove top fan. 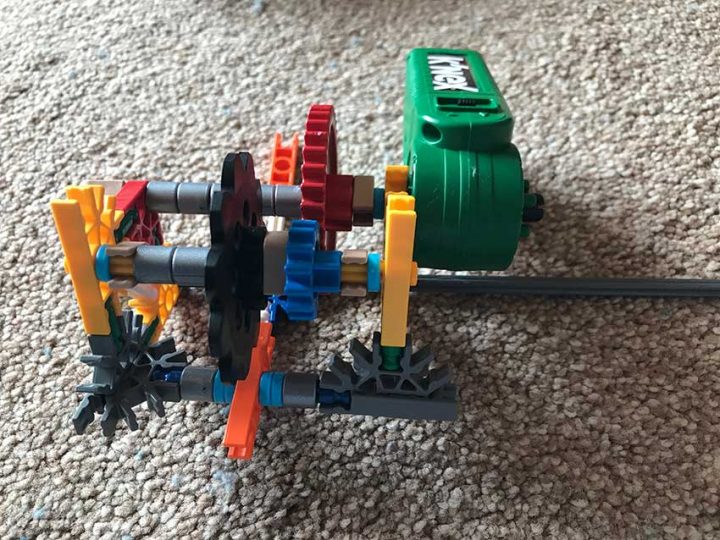 Once that was done we moved onto the base for the roller coaster and then started working our way up. It was quite complicated in places but the instructions were clear and we were soon making good progress. 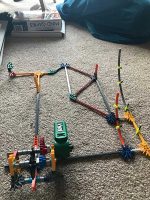 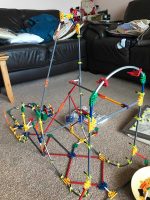 Morgan returned to his Xbox after this though so I was left to lay the track. I then had to build the chain from all of it’s individual links, install it on the gears and we were ready to go. 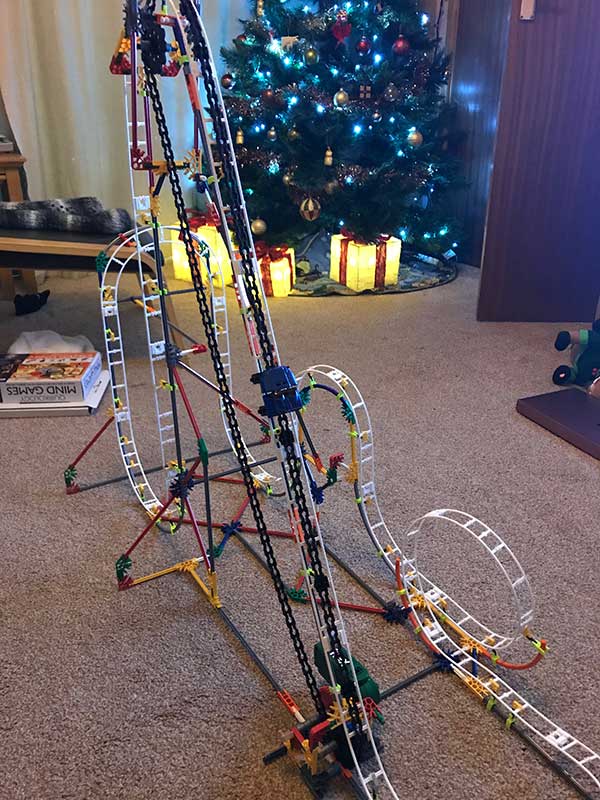 It worked really well though and was actually quite satisfying. Here it is in action.

Next up is a lego technic build that we’ll have to try to do before Morgan is back at school. Mind you, while looking up the roller coaster Morgan had so as to add it to this blog post I also came across this massive K’Nex Coaster with over 5,000 pieces! 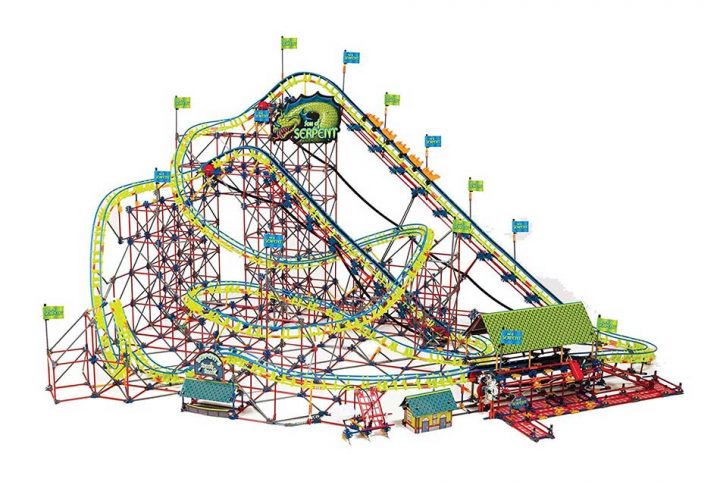 Luckily it’s out of stock at the moment. I say luckily as it seems to cost £800. Although Argos seem to have it for a mere £639.