Morgan and I tried some Triple Treasure Hunting in Aberystwyth on Tuesday.

Isaac’s, the locally run sweet shop in Aberystwyth have hidden a whole load of tokens around town for the 12 days of Christmas. They started off hiding 12 tokens on the 1st day, 11 on the second day, 10 the 3rd day and so on until Christmas Eve when a single token will be hidden. They aren’t actually hidden that well, just placed in and around Aberystwyth for anyone to find. If you find one you can take it to Isaac’s Sweet Shop and redeem it for a prize. The prizes increase in size and value as the days progress.

I had already found two tokens on campus last week, so before we set off on our hunt we popped into the sweet shop to redeem them and have our photo taken. I got a bag of chocolate brazils while Morgan chose a bag of Rhubarb & Custard sweets – plenty to keep us going on our forthcoming hunt. 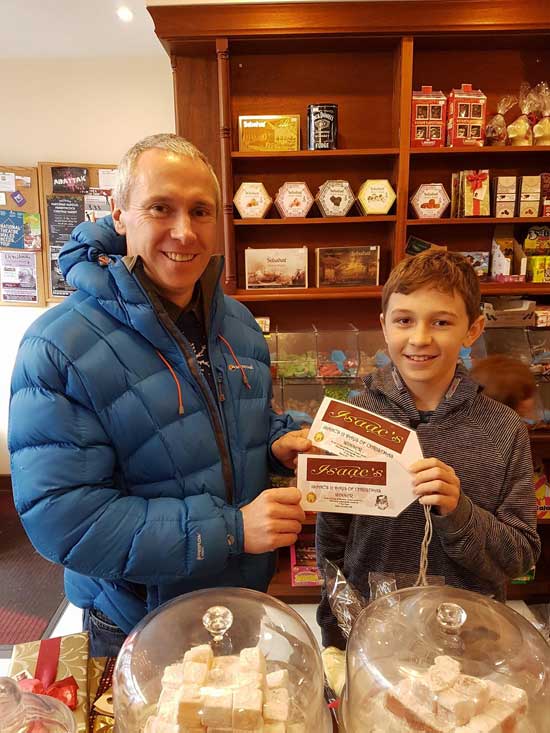 We ended up walking miles. Through town, around Old College, along the seafront to the the Cliff Railway, back into town via Queens Road and North Road. We looked in the rope maze and then up around the Buarth. We walked through the Park to the Rugby Ground and across the bridge to Park Avenue. We wandered alongside the river behind the police station, searched over the bridge and then headed to the Marina. We then walked around to the harbour and checked along the jetty, before checking along South Beach and up all around the castle. We checked out St Michael’s Church and a few more roads in town. We took a look around the station and the shops and finally around Tesco too. We looked everywhere and covered quite a bit of distance. Not only that but we found another 3 tokens as well.

Pretty good going really and there’s still more out there. Although we have to say that we are beginning to feel a little bit bad about tgetting too many of them. The whole idea is that it’s a promotional thing for Isaac’s as well as fun for us. We already know about the shop,  shop there regularly and are friends with the owners, so maybe they’d like it if other people found them rather than existing customers such as us! Mind you, I have been telling everyone I speak to what we’ve been up to – many of whom didn’t even know there was a sweet shop on Pier Street. I’ve posted on Facebook and Twitter about the tokens and I’ve blogged about it here so I’m helping spread the word, even if we are at the same time cleaning up on the tokens front! 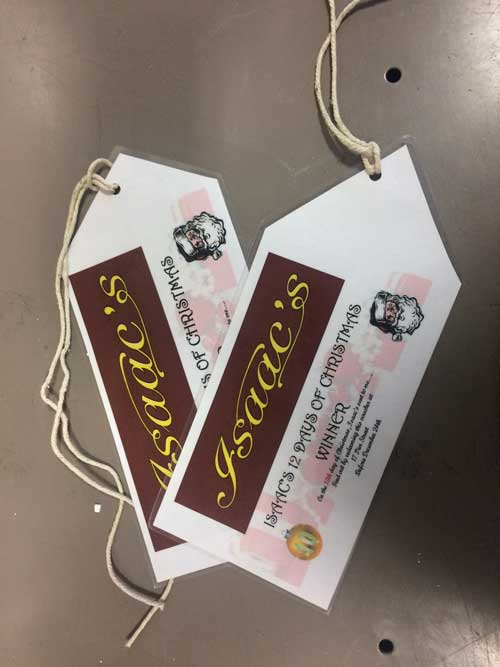 Whilst triple treasure hunting we stopped off briefly to find a geocache not far from the Marina. It was a fairly new one that we hadn’t found before in Aberystwyth so it was good to tick it off and add it to our geocaching tally. We haven’t found many lately so really should get out and find some again soon.

This was a fairly straight forward find, but we couldn’t sign the log book due to a pen malfunction so we took a photo of the container to prove to the Cache Owner that we had indeed found it. 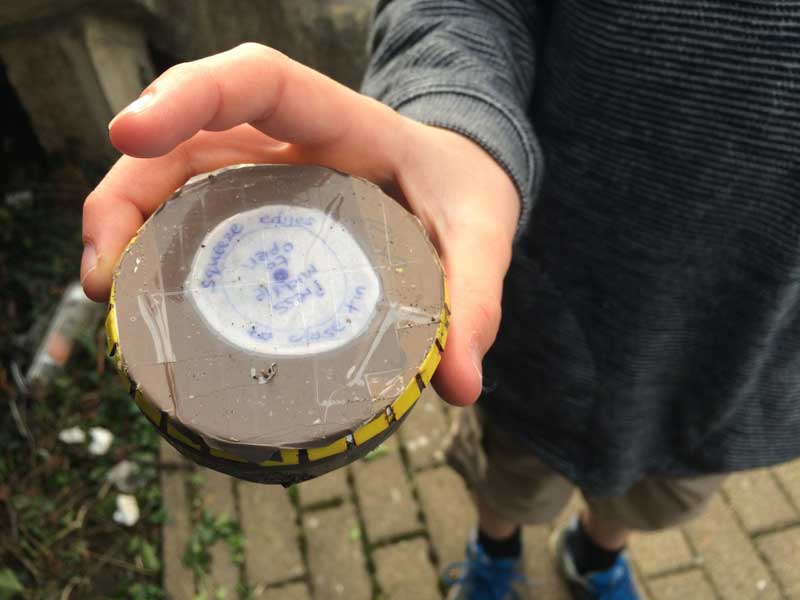 We also found a number of PokÃ©mon whilst out on our walk and of course hatched some eggs due to the distance we covered. We didn’t find anything too exciting though and now that we are level 27 it’s taking weeks to level up each time as well. We could really do with getting some new ones soon as it’s been ages since we found anything new.

Whilst out and about we stopped off in Subway for lunch and popped into Costa for a coffee too. Morgan got pretty cold as he decided to ignore my advice about a coat and go out without one. Costa was therefore required so that we could warm up.

After our day of triple treasure hunting we met Anna in Tesco where we did a pre-Christmas food shop and then stood around shaking buckets to collect money from fellow shopper for the Aberystwyth Silver Band s whilst Anna entertained the shoppers by playing in the band. I know, it’s a cornet she plays, not a trumpet, but cornetting in Tesco isn’t such a good heading as trumpeting in Tesco.

We then headed off to Waunfawr where we met up with the beekeepers for the annual Beekeepers Christmas Social.. Lots of food, tea and cakes later and it was time for a quiz. With sections on General Knowledge, Flags of the World, Geography, Sport and Leisure and of course Beekeeping we actually did OK and our team which for some reason was called ‘The pink fluffy unicorns” managed to win.

It was late by now and we still had shopping to unpack so we headed home after a long and busy day.