Windsurfing in the Sunshine

What a day for a Bank Holiday! After a nice early morning stroll along the beach to avoid the crowds we enjoyed a quiet breakfast in the conservatory before heading into Borth to man the stalls at the Borth Charities Fete.

The turn-out from the Scouts was disappointing though. I know it’s half term, a Bank Holiday and the sun was shining, but we do expect some of the Scouts to be there in their uniforms looking smart and helping out with the stalls. As it turned out there were only three of them, and one of those was Morgan. Quite a shame really as it’s the Scouts themselves that the members of the community like to see, not us the leaders and I’m sure the place would have felt livelier with a few more children there too.

There was only one parent helper from our Scouts as well, Julie who always runs the kitchen selling bacon rolls, sandwiches, scones and drinks. She was helped by Siwsy (Explorer Leader) whilst Anna and myself (Scout Leaders) Morgan (Scout) and Cira (the Cub & Beaver leader) ended up running the plant stall, book stall, gingerbread man decorating stall and the paint a bag stall. We also had a tombola which was manned by Anne (Explorer helper) and a couple of Beaver parents. 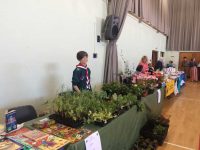 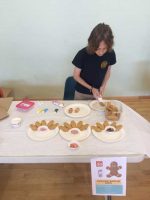 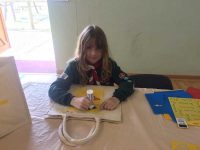 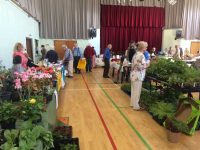 Oh well, it all went well despite the lack of support from the Scouts themselves and we raised some money that will go towards activities, equipment, camps etc. Morgan even had his hair braided! 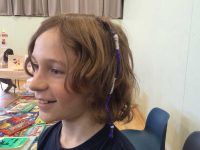 Windsurfing in the Sunshine

Once we’d cleared up after the fete we headed home through the crowds that had flocked to the beach and as the afternoon seabreeze was picking up I decided to head over to the beach for a rare warm, sunny windsurf. Big kit was called for so I was out on my biggest board, a 104ltr Starboard S-Type with my largest sail, a 6.9m Gun Jam that has seen better days. I was well powered up though and having a blast on the nice clear seas.

Anna and Morgan came over to play in the sand as well and watched me windsurf for a while. 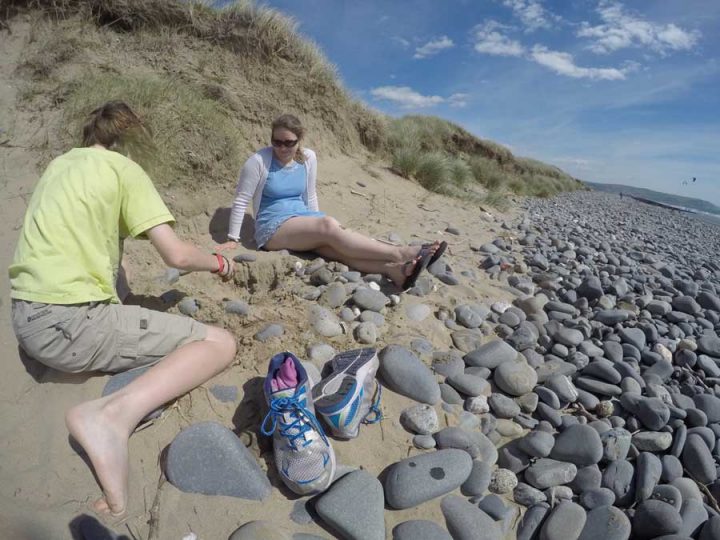 My sail was falling to pieces though so in the end I had to pack up for the day. 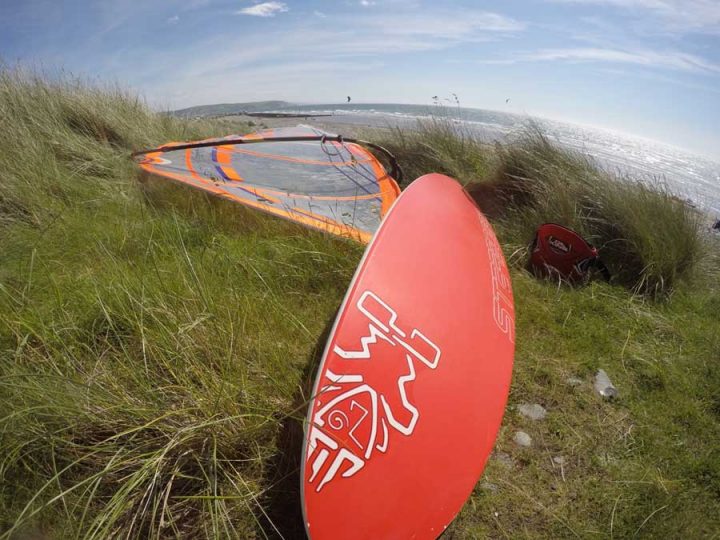 The sun was still shining though so there was time for a little bit of gardening before relaxing for the evening.