Growth in the Garden – A Purple Patch

We had a couple of scorchers over the weekend with temperatures even at Ynyslas reaching 25°C, the hottest so far this year. Here’s the temperature records from the Borth & Ynyslas Weather Station: 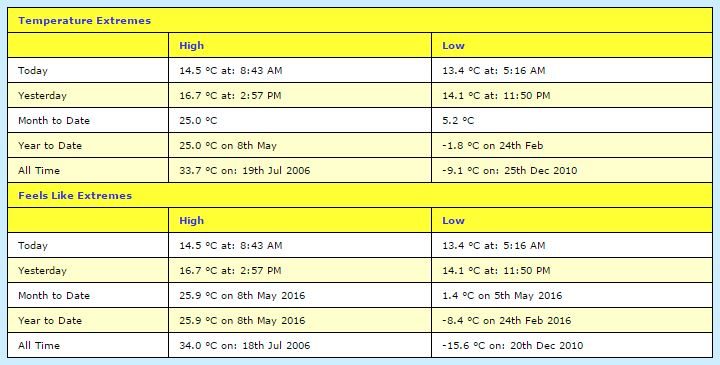 As you can see, we are still a long way off the all time record, but the summer is yet to come (hopefully). I’ll have to take a look to see if I can find out what the record for the month of May is and maybe add that to the table above as well. Although I don’t think the software will allow me to do that otherwise I would probably have already done it.

Since then it’s still been fairly warm but it’s been raining lots which isn’t quite as nice but it has at least been good for growth in the garden. Things were coming on well before the rains though so seeing as it’s a little grey and damp out there this morning here are a few photos from the garden this weekend just to brighten your day. 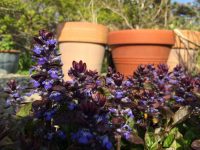 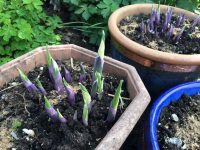 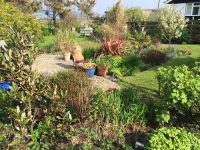 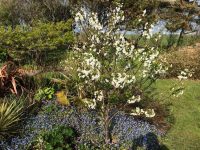 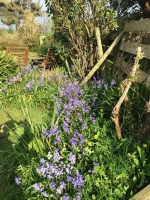 As you can see, the garden is going through a bit of a purple patch. I can’t remember what the flowers titled ‘purple patch’ in the above gallery are called but I put them in to provide some ground cover in one of our flower beds and they have been performing well ever since. The bumble bees seem to like them and their purple tinged leaves and bright purple flowers now cover quite a large portion of the bed. Best of all they seem really good at suppressing the weeds so having them there not only provides interest and attracts the wildlife, but it reduces the amount of weeding I have to do as well. The bluebells and Forget-me-Nots are providing plenty of purply-blue in the garden at the moment as well, and the Hosta shoots look healthy, full of vigour and a quite purple too.

We managed to get a fair bit of gardening done over the weekend and have tended to the plants in the conservatory as well. We certainly aren’t on top of everything though, for a start the containers outside need re-potting and restocking, but I have some plants on order for those. Ordered online of course as that seems to be the easiest way to do things these days. Our Amazon Prime account is coming in really handy lately in fact, as we’ve even been buying things like compost through it as it arrives the next day and saves us driving around to buy such things.

There are plenty of other projects that we want to start work on too, including building a large lean-to out the back of the house.

The Cherry tree seems to be quite happy as well and there are often honey bees seen feeding off it’s blossom. I checked on our bees at the weekend and the colony at the bottom of the garden seemed to be doing well. It’s still not huge but it seemed large enough and although I didn’t see the queen there was evidence that she was there in the form of recently laid eggs, and there was larvae in all stages of development. The bees seemed happy and healthy, they were really docile and were bringing plenty of pollen back to the hive in the sunshine too.

Unfortunately the colonies in our out apiary weren’t doing nearly so well. In fact, I have a suspicion that both colonies there are suffering quite badly from a varroa mite infestation and they are probably on the brink of no return. We’ve never really had much of a varroa issue before but they seem more susceptible to infestation at the out apiary so maybe in future we’ll just have to treat them for varroa each year. It’s probably too late for that now though so we’ll have to see if they can recover from it themselves. If not, we’ll be looking to replenish bee stocks there with either splits from the colony at the bottom of our garden, caught swarms or from a bought nucs. Such are the joys of beekeeping!