SUP Surfing with the Garmin Fenix 3

I managed to squeeze in a nice little SUP Surfing session on Monday and decided to try out the Surf Tracker app on my Garmin Fenix 3. The conditions were nice, a gentle SW breeze and 2 foot surf rolling into the beach at Ynyslas. The sun was shining, the temperature was almost 20ºC but I had the entire beach to myself. It was nice to be out in the surf wearing just shorts and a rash vest even if the water was still a little chilly at around 13ºC.

The Surf Tracker app worked flawlessly as well. Every time I caught a wave it detected it and added 1 to my wave tally count. It also recorded the ride, tracking the distance covered on that ride, the time spent on that ride and the speed of the ride. It’s all pretty clever really. 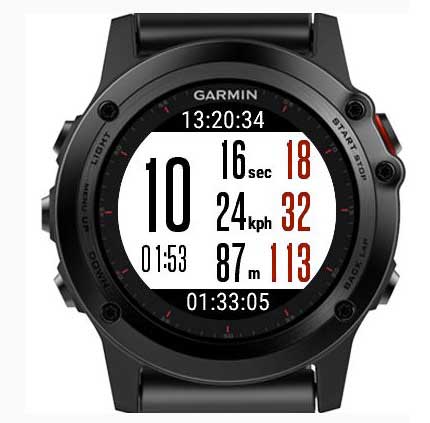 The only shortcoming really is the fact that Garmin Connect, or any of the other online apps such as Strava or Training Peaks doesn’t have any way of displaying this info so it’s really just for you to see during the surf session. The activity is still recorded and uploaded to these services though so you can at least see where you’ve been and what you did and see the usual stats such as distance covered and max speed. You just don’t get a breakdown of each wave that you caught recorded.

Here’s my Session from yesterday:

The other good news is that I’m getting better at SUP surfing too. My first few attempts were OK but I wasn’t so good at catching the waves whilst standing up. If I paddled into them in a normal surf fashion and then jumped to my feet I was OK, but catching them by stand-up paddling into them put me off balance. No such issues yesterday though so I’m improving thanks to a few flat water SUP touring sessions.