Trip to the Isle of Man

As you can tell from recent posts our annual trip to the Isle of Man was a success. We drove from home to Liverpool on Wednesday afternoon and as usual arrived a couple of hours early for the boat so wandered around the newly refurbished dock front. It is much nicer than it used to be and once the new museum opens next year will be a nice place to spend a couple of hours waiting for the boat.

The weather was calm and the boat crossing was fine and gave us some nice views of the new dockside as we left Liverpool. 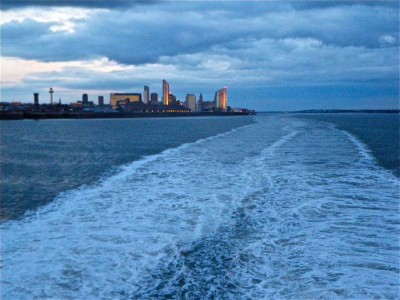 The main reason for visiting the Isle of Man at this time of year was for me to take part in the Isle of Man End2End Mountain Bike race but we would also have time to do some touristy things and of course visit family. We were staying with Anna’s Mum b ut spent most days out and about doing things. We visited castles and other heritage sites on a couple of days and spent part of one day checking out some bits of the Ende2Ende course.

I had a ‘business meeting’ on one morning although really it was just coffee, cakes and a chat with some clients and we went for walks along the beach looking for fossils and rock-pooling. I took my windsurfing kit with me but didn’t get around to using it.

We even had some retail therapy (Yep, the shops in the Isle of Man are better than we have here!), and of course ate too much and had too many sweets and ice-creams! All in all the holiday got a big thumbs up from both me and Morgan –

Thumbs up from me

and thumbs up from him

Anna was far too sensible for such things!