It’s been a busy few days here with no time to blog, but don’t worry, I’ll catch you up soon. We did manage to sneak out for an hour or so to the Strawberry Fayre in Aberystwyth though. The Aberystwyth Silver Band, and therefore Anna, were playing at it, so we went along to it as well where we sat in the sunshine with some tea and cake. 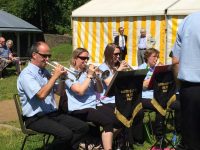 Cornets at the Strawberry Fair 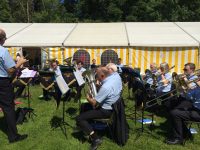 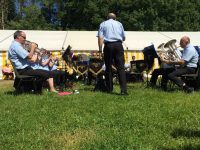 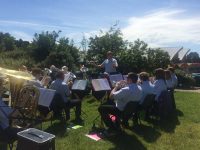 My parents were up for a long weekend so they came with us too. Morgan probably should have taken his cornet along and played in the band but instead he bounced on the bouncy castle, played football with a couple of other children and sat on a brick sculpture. 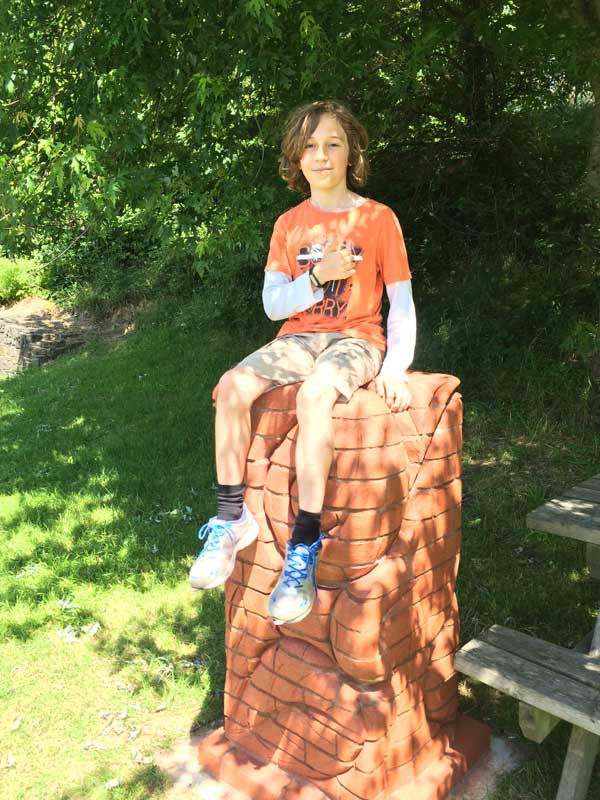 There wasn’t really much going on at the Strawberry Fayre itself. The stalls were a little sparse to say the least, but the weather was nice, the band were well received and it was all raising funds for bursary places for young musicians at this year’s Musicfest summer school. It was a nice little break for us too.