It seems that no matter what the weather there is always something to do here in Mid West Wales. After a week of wind and plenty of windsurfing, the wind has dropped and I headed out on my bike. I missed a surf session whilst on my bike, but since then the surf has continued to be good. Nothing huge but plenty for some SUP surfing. 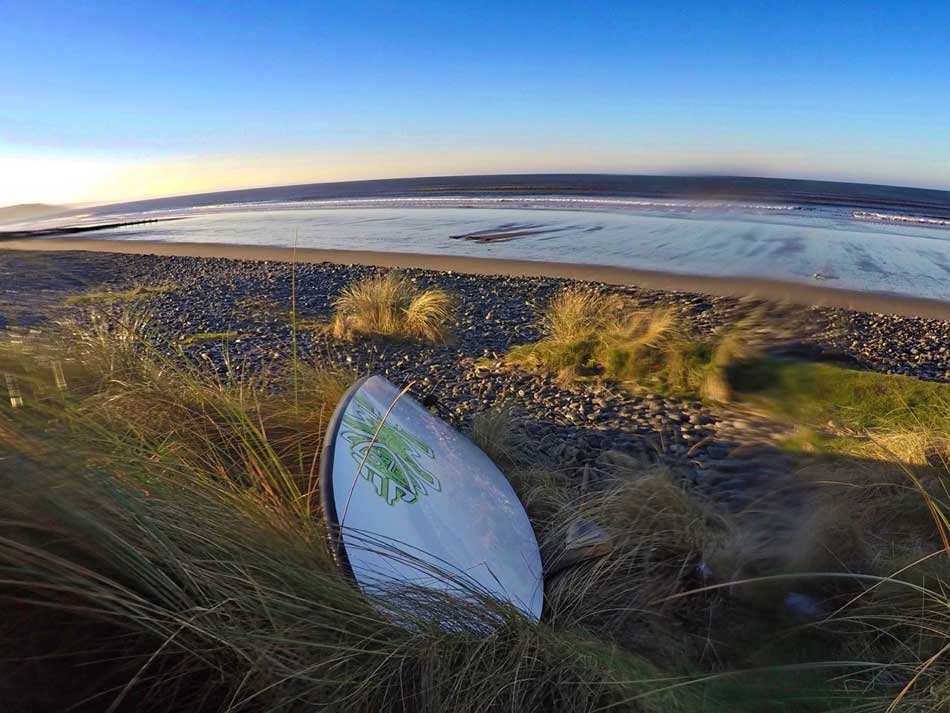 Yesterday was a cold frosty day with temperatures below freezing as I headed across to the beach in the winter sunshine. There was a strong easterly wind blowing too which was holding the wave sup perfectly. It was proving difficult to catch the waves though as the wind kept blowing me off them. In the end I resorted to catching them in a kneeling position where I presented less area to the wind.  It was a perfect day for playing in the sea though and nice to see some sunshine.

The waves were slightly bigger today but there was no sign of the sun and the temperatures were even lower. Down close to -2ºC as I headed out. Another nice session with less wind this time so lots more waves.

After that I headed down to the estuary for a paddle on my Surf Ski. I haven’t used my ski for years but would like to get it out on the water a little more in 2017. I’ve patched it up, repaired a few holes and have made it water-tight and it paddled like a dream today. It’ll take me a while to get surf-ski fit but hopefully I’ll cover a fair few miles on it over the coming months and it’ll soon feel like second nature.

As well as some quality time in the sea, we all managed to get out for a couple of family walks too. Nothing major, just a walk in Borth and one around Ynyslas to get some fresh air.

Family Walk in the Winter Sun